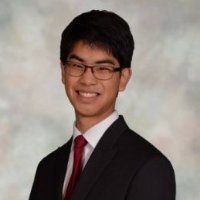 Joseph, an environmental project engineer with a background in water and waste engineering, came to CUB in February. He was looking for a way to put his data analytics background to good use in an area of particular interest: water efficiency. “Water is a resource we take for granted,” he said, “look at all the stories of rivers drying up, areas going through droughts.”

At CUB, he dived into a volunteer research project to show Illinois consumers the effectiveness of water efficiency. First he gathered the rates the state’s biggest private water company, Illinois American Water, charges in the Chicago region. Then, with the help of the Environmental Protection Agency’s WaterSense site, he found water usage estimates of household appliances for common tasks, such as brushing teeth, showering, flushing the toilet, and even watering the lawn.

Using that data, he built spreadsheets showing how efficiency could lower water bills for a hypothetical family of four. For example, Joseph’s research showed that watering a lawn once a week, rather than every other day, and using a sprinkler with the Environmental Protection Agency’s WaterSense label, could cut monthly costs by about $60 to $100. Leaving the water on while brushing your teeth? That could cost you about $8 to $12 per month, Joseph found.

“If you really want to be serious about being more water efficient, go to the EPA website and check out the WaterSense page,” he advised. While the upfront price for a water-efficient appliance may be a bit higher, you will save money in the long run, he said.

If you, like Joseph, want to make a difference in the fight for efficiency and lower utility rates, sign up to be a CUB volunteer!

Joseph’s findings: A family of four could save a lot of money by practicing water efficiency.

Notes: *Illinois American water rates for well water and Lake Michigan water. Depending on the community, residents receive either lake or well water, and the rates are different for both. The water rates were in dollars per 100 gallons. To make his efficiency estimates, Joseph Change used the following data:

Your ticket for the: Water efficiency pays, just ask this CUB volunteer