Can Chicago-area residents cut down their airport travel time to a measly 12 minutes? That may soon be a reality according to Tesla creator and super-entrepreneur Elon Musk. 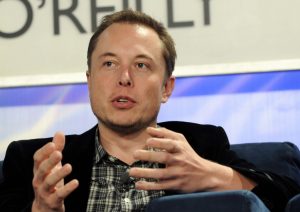 Elon Musk, founder and CEO of Tesla, Inc. and SpaceX

The construction of the system seems to be moving just as fast. Musk hopes to have tunnels dug as soon as regulations are approved, and from there, to have a running system in three years.

The line would essentially run from an underground station in downtown’s Block 37 to a new station at O’Hare. The EV’s are set to run as often as every 30 seconds and fit up to 16 passengers, with luggage.

So how much will this all cost? The project is set to be funded without any help from taxpayers. And while a one-way CTA train ride runs commuters a rather affordable $5, the new system would charge riders $20-$25 per ride.

You can also read CUB’s guide to Electric Vehicle Incentives for more on this new wave of energy efficiency.

Your ticket for the: Electric vehicles taking Chicagoans to O’Hare in 12 minutes