It’s time to announce the winner of the “I Love CUB” photo contest!

We had so many great entries from folks across Illinois, it was almost impossible to choose a winner.  Seriously, we lost sleep.  But after long deliberation, we are happy to reveal that Bruce R. of Stillman Valley, IL wins the grand prize: $300 off his utility bills.

Check out the prize-winning photo below. 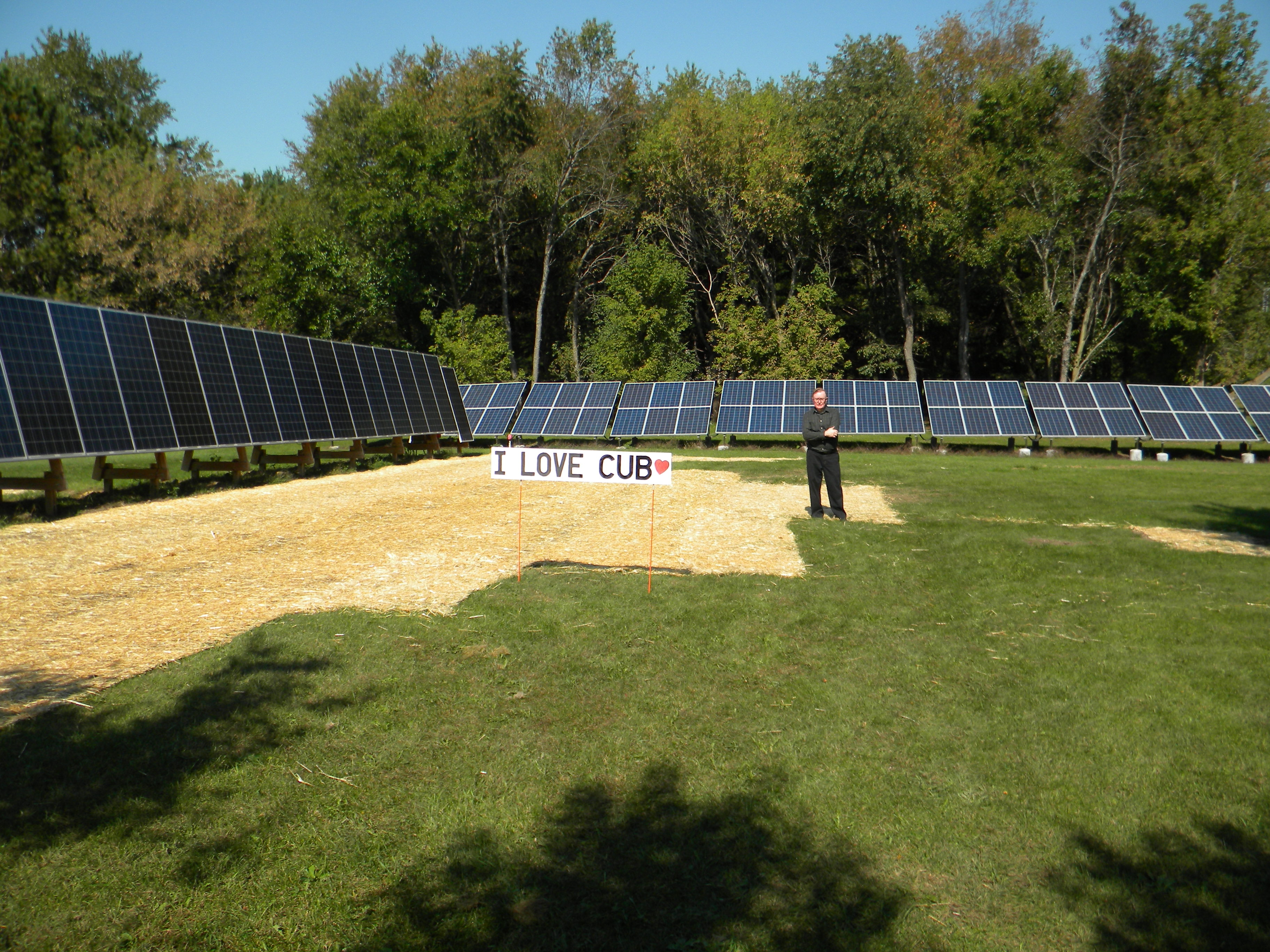 Bruce showed off his solar panel array (which he installed himself!) at his house in Stillman Valley.  We love this photo for so many reasons:  the beautiful scenery, the dedication to energy efficiency, and the appreciation for CUB.  Just check out that sign!  Congratulations, Bruce.

We had so many great photos of Illinoisans showing off their communities and #CUBLove, that we decided to give two special runner-up prizes to some inspiring photographers.  Each of these winners will receive $100 towards their utilities. 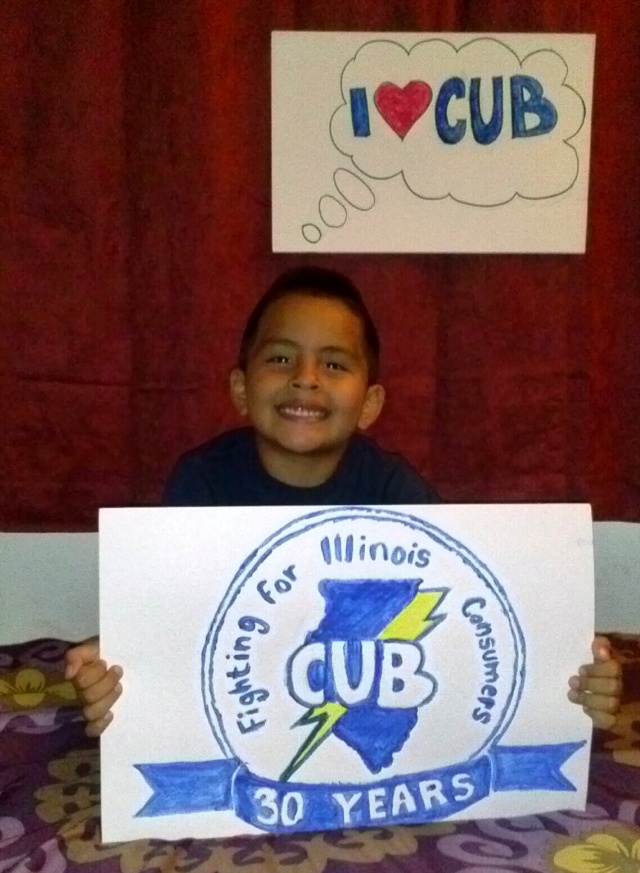 Noelya R. and her son showed their #CUBLove spirit by drawing out the CUB logo. We love the creativity!

Gordan W. took a photo of neighbor and artist Neil S., who designed this mural depicting the evolution of Chicago’s Villa Neighborhood from its roots as a planned community in 1907 to the landmarked collection of 126 houses it is today.

“The city’s blessed with many murals,” Gordon said,  “but few tell a story as clearly and directly as this one.”

We also want to give some shout-outs to these honorable mentions:

Alejandra L. of Hanover Park showed us we’re the one that she wants (ooh-ooh-ooh, honey!)

Marchene F. from Morris, IL had great things to say about the Grundy County Fair, which features fireworks, a parade, contests, art shows, and more! 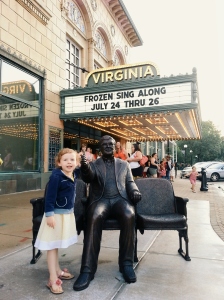 Erika snapped this photo of her daughter and pal, Roger Ebert, in front of the Virginia Theatre in Champaign

Thanks to everyone who participated in the contest!  It was humbling to see all the support we’ve received from towns across Illinois.  Stay tuned to the blog and CUB’s Facebook page for future contests and events.

Your ticket for the: “I Love CUB” Photo Contest Winners