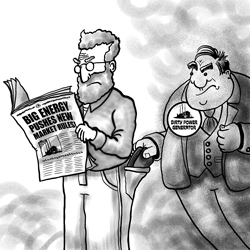 General Counsel Julie Soderna and Senior Attorney Kelly Turner and the rest of the CUB team have these battles on their to-do list in 2019:

If you want to join the fight against rate hikes, rip-offs and corporate greed, you can give a gift to CUB here!

Your ticket for the: February 2019: CUB’s top battles