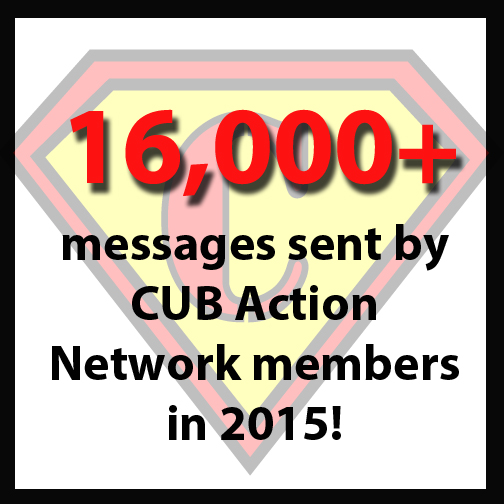 CUB Action Network members have been busy busy busy in 2015!

Members sent 16,461 messages to regulators and legislators to reduce rate hikes, save phone service, preserve the open Internet, and protect consumers.  Check out the actions you’ve taken in 2015:

We’re only in the first quarter of 2015, and there’s plenty more fight to be had in the upcoming weeks!  Join CUB Action Network today to stay updated on the latest battles and help us protect your pocketbook.