Schaumburg resident and CUB member Richard Hetzer has been an AT&T customer for more than 50 years. 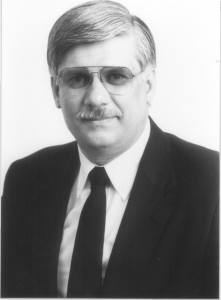 While service hasn’t always been the best—with phones and internet sometimes going out four or five times in a month—Richard remained a customer. But recently, he had to go to great lengths to get his due.

In early 2017, Richard was enrolled in AT&T’s DSL line service at an introductory rate of $14 a month. But in November, he noticed his rate more than tripled to $48.

He knew the introductory rate would eventually end, but didn’t expect his rate to skyrocket. Richard called AT&T, figuring it was a mix-up that could be easily fixed.

Not so much. AT&T told Richard there was nothing it could do.

“They told me if I didn’t like it then I could just go to another company,” said Richard.

Over the next four days, Richard called AT&T, hoping to speak to a supervisor who could remedy the situation. Still no luck.

As a courtesy, AT&T reduced his rate to $31 a month, and added a $200 credit to his next bill.  In the meantime, AT&T was making improvements to reduce service problems in Richard’s neighborhood.

Things were looking up…until he received his next bill. Only half of his $200 credit was included. So he called AT&T’s executive office and left a voicemail. In fact he left voicemail messages for seven consecutive business days—still no answer.

After all that,  Richard decided to tell AT&T a little more about himself. “I left a voicemail: ‘This is Rich Hetzer, director on the Citizens Utility Board-Illinois. Please return my call.”

Within three minutes, AT&T called back, Richard said. The remaining $100 credit was included on Richard’s next bill.

So why didn’t Richard mention to AT&T that he was a CUB board member from the start? He’s not comfortable using titles for personal gain. “I just don’t believe in that,” said Richard, who has represented the 8th Congressional District on CUB’s board for the last seven years. “I’m on the board to help CUB and give advice.”

But if you ask Richard what he thinks of CUB, he doesn’t hesitate to sing its praises.

“CUB Illinois is the strongest utility board in the United States,” he said. “Imagine what we could do nationwide!”

Your ticket for the: CUB, consumer team up to land $200 AT&T credit