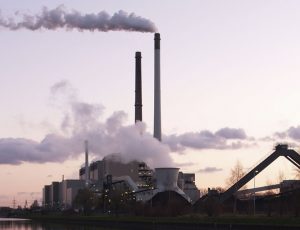 Here’s a breakdown of the proposed rule, from CUB’s perspective as a consumer watchdog.

What is the Affordable Clean Energy (ACE) rule?
The Environmental Protection Agency (EPA) on Aug. 21 unveiled the “Affordable Clean Energy” rule. It would replace the “Clean Power Plan,” which was the first plan in U.S. history to limit carbon emissions from power plants. (The Clean Power Plan was proposed in 2015 and was challenged in court by several states. The Supreme Court granted a stay, halting implementation of the plan until the legal challenges were resolved.)

How is ACE different from the Clean Power Plan?
There are a number of key differences:

What’s CUB’s take?
Three points:
1) CUB is concerned that the EPA’s ACE rule isn’t affordable (or clean). The proposed rule appears to be another way to bail out failing coal-fired power plants. In comparison, when the Clean Power Plan was announced in 2015, CUB Executive Director David Kolata said the policies that would have helped Illinois meet its carbon emissions goals under that plan are exactly the policies needed to make the power grid more reliable and affordable. Last year, when the EPA announced its intention to scrap the plan, Kolata said in a statement: “The Clean Power Plan would have led to increased investment in energy efficiency that reduces our electric bills and helps to create a more reliable power grid. It also would have sparked energy innovation, advancing new money-saving technologies in key areas such as efficiency and storage. Rolling back the Clean Power Plan is a step backward for all consumers.” By de-emphasizing efficiency and propping up failing power plants, the ACE rule threatens to raise electric bills in the long run.

2) Coal plants are losing because they can’t compete. More than 200 coal-fired power plants have been shuttered since 2010, and the major reason is that these plants can’t beat the plummeting price of natural gas. They also can’t compete with wind and solar power. (Additionally, the growing effectiveness of energy efficiency has cut into coal revenue.) In short, coal-fired power plants have become too costly to operate, compared with more technologically advanced, more efficient and cheaper resources. Ultimately, natural gas and renewable energy simply cost less on our power bills. So a policy that props up aging coal-fired power plants is a waste of time and money, and diverts us from significant energy improvements that still need to be made to reduce electric bills and improve reliability. (Warning: This isn’t the only effort to save failing power plants. The White House has asked the Department of Energy to come up with a plan to subsidize coal and nuclear plants. Stay tuned for developments on that front.)

3) Despite developments in Washington, Illinois is in a good position, thanks to the Future Energy Jobs Act. Illinois took a practical approach to the Clean Power Plan, seeing it as an opportunity to boost renewable energy and efficiency programs in the state to ultimately make the power grid more affordable and reliable. Because of the Future Energy Jobs Act, Illinois is well on its way to meeting the goals of the Clean Power Plan, and that’s good news for our power bills. But we can’t stop now, and it’s more difficult to achieve a least-cost energy future without supportive policy in Washington.

What’s next?
The EPA has launched a 60-day comment period on the proposed “Affordable Clean Energy” rule. This plan has not been finalized, so we encourage you to let your voice be heard by sending a message to the White House and filing a comment with the EPA.

(Also, we expect legal challenges to the proposed rule.)