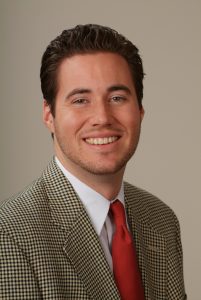 Construction season has not yet begun, so the drive to Springfield is a smooth (dare I say almost enjoyable) ride during these first couple weeks of the Illinois General Assembly’s session. Before I jinx it by talking too much about it, let me share with you CUB’s spring legislative agenda.

In addition to fighting for the Clean Energy Jobs Act (CEJA)—to ensure that fossil-fuel bailouts don’t become a reality in Illinois—CUB also is fighting for pro-consumer legislation that impacts your gas, water and Internet bills. Here’s our to-do-list:

Unnecessary natural gas bill surcharges are in our crosshairs. Peoples Gas, Ameren, and Nicor have used a special surcharge (the “Qualified, or Qualifying, Infrastructure Plant” charge) to pick our pockets quicker. And they’ve been successful: The parent companies of these utilities have made about  $19 billion in profits in the last five years.

The utilities say the surcharge is necessary to pay for pipe replacement, but don’t let them fool you! They are legally obligated to replace old pipes and respond to emergencies, and they did it for decades without slapping us with an extra charge. That’s why we’re fighting for House Bill 5247, which would eliminate that surcharge and slow down the gas utilities’ spending spree. (Take action here.)

Water privatization got you down? Us too!  As Illinois American Water and Aqua Illinois crisscross the state offering top dollar for fully depreciated water systems, their customers work as their private money printing presses. Since the Spring of 2018, the two companies have spent a total of $148 million on system acquisitions—and under current state law, ratepayers have to cover all of it. CUB is trying to bring more transparency to the  process by fighting for Senate Bill 2745. It would allow the shareholders of a municipal water system, the municipalities’ residents, to vote through a referendum whether or not their public water system should be sold to a private operator. (Take action here!)

Internet providers are also taking advantage of consumers’ pocketbooks. Remember when people used to rent their phones? Folks don’t do that anymore because it was really expensive. But nowadays the “telephone rental” charge on our bills has been replaced with a “modem rental” charge. The modem rental fee charges customers for the use of the provider’s modem and router, even after the customer has paid far more than the equipment is worth. Renting a modem is a bad idea for most consumers, but it’s a great deal for the service provider. Comcast Xfinity’s modem rental fee is $14 per month—that’s $168 a year. Under Senate Bill 2531, once a customer pays off their modem, they own their modem. No more rental fees into perpetuity. People I talk to love the idea, but it is widely despised by the telecom and cable companies. (Take action here.)

Please let your state Representative and Senator know you support these bills! If you don’t know who your state legislators are, find out by visiting the Illinois Board of Elections website. When elected officials are anonymous, we fail our democracy and help the utilities win—we can’t let that happen.

I greatly appreciate your voice and support in these battles. All the best.