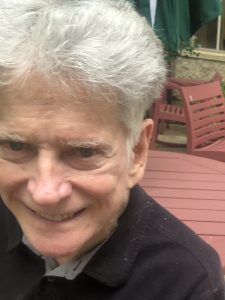 In a touching final act of support, a longtime CUB member gave one more donation through his will.

Peter K. Barker, formerly of Barrington, died June 9, 2020 at the age of 82, of complications from cancer and COVID, according to family. Mr. Barker had been a member of CUB over the last decade, and he saved his largest donation for last. Over the summer, Mr. Barker’s attorney notified CUB that he had left $7,000 to the consumer watchdog.

“That kind of donation will help support hours of expert guidance we offer through our Consumer Hotline and dozens of helpful events we staff to show consumers how to cut their utility bills,” CUB Executive Director David Kolata said. “I am stunned by the generosity of our members and so thankful for the support we receive.”

Barker, a CUB member since 2012, was born in New York City and was raised in Wethersfield, Connecticut. The U.S. Air Force veteran later worked for IBM and Codex before retiring as a sales manager at Motorola.

He also was an avid dancer, but not just at dance halls. In a tribute to Mr. Barker on his obituary page, one friend recalled how he visited her in the hospital: “He…brought a CD player with some music and actually led me in a few dances in the hospital hallway to cheer me up.”

After he passed, Mr. Barker’s loved ones planned a private scattering of his ashes at New Jersey’s largest freshwater body of water, Lake Hopatcong, “where he spent some of his happiest times,” according to the obituary.

CUB’s leadership team sent Mr. Barker’s obituary to the staff this fall to honor his memory and as a reminder of our mission.

“It’s helpful for all of us to remember that people are counting on us,” CUB Deputy Director Sarah Moskowitz said. “We thank Mr. Barker for his kindness. In his memory, we will pass it on, dedicating ourselves to consumer advocacy for Illinois consumers.”

If you wish to set aside money for CUB in your will, please reach out to the consumer group about your planned giving.

Your ticket for the: Loyal supporter: CUB honors the memory of Peter Barker