Here’s what you need to know about alternative electricity suppliers 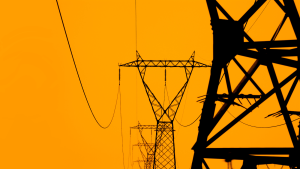 During high-priced times, many consumers wonder if they should switch to an alternative supplier.

However, when energy prices are up, alternative gas and electricity suppliers are often impacted by the same market conditions, so be careful about getting lured into bad deals. And two recent articles help drive that point home:

While many customers want at least the opportunity to shop, there are a lot of pitfalls. A company may offer a low introductory rate that will skyrocket after a short period. (Ask how long a rate lasts, and what the new rate will be.) Also, be wary of add-on fees that can raise the cost of the plan. If a company offers a lower fixed supply price, find out if it can declare “force majeure” and back out of the deal. It’s happened before during high-priced times.

Just make sure to find out when the community offer expires, so you can prepare for that day. As the Journal Star reported, Peoria’s deal expired and residents have gone back to the utility, because they can’t find a better deal than Ameren’s sky-high rate.

Here are CUB’s recommendations if you do want to research your options with an alternative electric or gas supplier:

Check out CUB’s alternative supplier pages, for both gas customers and electric customers, for utility prices, info on specific offers and other factsheets.

Your ticket for the: Here’s what you need to know about alternative electricity suppliers

Here’s what you need to know about alternative electricity suppliers