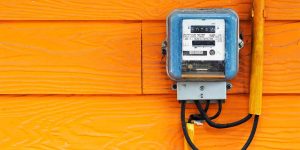 About 8 out of 10 electricity deals negotiated by communities across Illinois are saving residents money at a time of spiking energy prices. But dozens of those contracts, most in the central and southern parts of the state, are ending in December or January, exposing customers to higher power prices–for some nearly triple what they’ve been paying, according to a CUB review of state data.

CUB says electric customers who are on Illinois’ 401 community power deals (also called “municipal aggregation”) should learn how long their contract lasts, and educate themselves on their options once the deal ends.

Municipal Aggregation is when local leaders negotiate with an alternative supplier in hopes of securing a better electricity rate for the residents of that community. A local government has to obtain approval to launch a municipal aggregation program through a referendum. Once the program is OK’d and local leaders negotiate a deal with a supplier, most residents are entered into the offer automatically, unless they opt-out. The contracts are typically one to three years.

See if your community has a municipal aggregation deal at the state of Illinois’ electric competition website, Plug In Illinois.

Savings are not guaranteed, but municipal aggregation has been a much safer bet than supplier offers marketed over the phone and door-to-door. Those supplier marketing methods have proven problematic and have cost consumers millions of dollars. In contrast, municipal aggregation has been the most consumer-friendly form of electric competition in Illinois.

The fact that so many municipal aggregation customers have been saving money in the six months since power prices skyrocketed for both ComEd and Ameren on June 1 is largely the result of timing. Those community deals were negotiated before the energy markets were thrown into turmoil due to a number of factors, including the Russian invasion of Ukraine.

And we don’t know how long the Ameren and ComEd power prices will remain elevated. It’s possible some long-term municipal aggregation deals won’t be saving consumers money in the future.

Here’s a summary of what CUB’s review of Plug In Illinois found, as of December:

A Mattoon official told the media that the aggregation program will be paused and residents will be sent back to Ameren, which is charging a rate that is nearly triple what those consumers are paying now. “We were unable to secure an offer with a satisfactory combination of price and duration due to the current volatility in the market,” he said, adding that they will consider competitive offers again in the fall of 2023.

Other communities whose aggregation contracts are ending soon (January) have negotiated new contracts with suppliers. For example, Alton, Edwardsville, Mahomet and Wood River have negotiated new 22-month contracts that secure prices that currently are nearly triple the current rate, but slightly below Ameren’s price. Customers on those plans should monitor how the price compares with Ameren’s price throughout the 22-month deal.

Some tips from CUB:

So what do I do if I’m on a municipal aggregation plan?

Nothing, if you’re on a plan that’s saving you money. Check PlugInIllinois.org or contact your local government to confirm the rate you are paying with municipal aggregation, and if it’s lower stay on it for as long as you can during this high-priced time.

Keep an eye on Ameren and ComEd supply prices to make sure your aggregation deal is still solid. The utility prices will change again on June 1, 2023. Local governments also publicize the price changes.

What do I do if my municipal aggregation contract is ending?

WARNING: Beware of anyone coming to your door claiming that they will sign you up for a municipal aggregation contract. Nobody affiliated with the aggregation program will do that. If somebody does come to your door they are representing another alternative supplier trying to sign you up for an offer that has nothing to do with municipal aggregation. CUB has seen complaints across the state of certain sales representatives using this scheme to sign people up for potentially bad deals. If you show your electric bill to somebody at your door, they could get your account number and sign you up for an offer you don’t want.

What do I do if I’m sent back to my utility?

Your ticket for the: Special Report: Municipal aggregation protecting customers from high prices–but what happens when the contracts end?