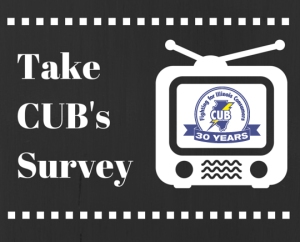 Tired of flipping through a host of channels you pay for but don’t watch?

We know the feeling!

If you’re like most of us, you’re paying for more channels than you need.  Right now, channels are offered only as part of large “bundles” and are not available individually. Non-sports fans pay for ESPN. Retirees pay for Nickelodeon.

But that may soon change. HBO recently announced that it will offer an online-only streaming service in 2015 so customers can enjoy programming without having to purchase a big TV package.  It has yet to be revealed how much the service will cost, but industry analysts predict between $13-$16 per month.

Other companies seem to be following suit. CBS and Verizon also revealed plans to unveil Internet-based subscription services that would allow customers to pay for only certain content.  CBS’ service will start at $5.99 per month.

Could this be a tipping point for the TV industry?  It’s not hard to imagine a future in which customers start paying for JUST the channels they want– something called “a la carte” TV.

We want to hear your thoughts!  Let us know what you think of this trend, and we’ll enter you in a drawing for a pack of five free money-saving light bulbs.

Your ticket for the: More TV options?