He told the alternative supplier: I know the mayor doesn’t endorse your offer—because I am the mayor! 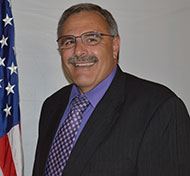 Crest Hill Mayor Raymond Soliman doesn’t need to be warned about misleading door-to-door pitches by alternative electric suppliers. A salesman once lied to him in his own front yard—and it was a doozy.

At a recent utility bill clinic in Crest Hill, he shared the story with Lead Service Liaison Aimee Gendusa-English, whom he described as “courteous, professional, and easy to communicate with.”

In 2011, Crest Hill entered into a two-year community power deal it had negotiated with Direct Energy on behalf of its residents. Crest Hill was one of the first cities in Will County to enter into such a deal, and Mayor Soliman is proud that it brought annual savings of about $183 per household.

Under state law, Illinois communities can enter into such deals with alternative suppliers, and while they don’t always save customers money, many have, and CUB has been generally pleased with the consumer protections (like no exit fees) that local leaders have negotiated.

But CUB often hears complaints about rival alternative suppliers going door-to-door and misleading residents or lying to them to steal customers from such community power deals.

Mayor Soliman experienced this first-hand while he mowed the lawn one summer day in 2011. That’s when he was approached by a salesman from some alternative supplier (he can’t recall which company) going door-to-door throughout his neighborhood.

After about 15 minutes, it became obvious that the salesman—a “smooth talker”—had no idea who he was talking to when he announced that his company’s offer was endorsed by the mayor. He even claimed to have a copy of the mayor’s bill to prove it.

Mayor Soliman played along: “I said, ‘I know the mayor and I think he is a great guy and doing a good job and if he signed up with your company, that’s good enough for me and I will sign up with the company, too.’”

He asked if he could see the “mayor’s” bill. Once seeing the supposed bill, Mayor Soliman told the salesman that it couldn’t be the correct bill because it didn’t have the mayor’s name on it.

No, it is the mayor’s bill, the salesman lied again. And that’s when Mayor Soliman “lowered the boom.”

“I told him that I know that is not the mayor’s bill because you are speaking with the mayor of Crest Hill,” he recalled.

The salesman was speechless.

Mayor Soliman asked for a city permit; the salesman didn’t have one. He demanded to speak to his supervisor, called him, and in a short time the supervisor arrived at the scene. The mayor said he was disappointed, and if the company wanted to go door-to-door, it would need to obtain a city permit…and “tell the truth.”

Mayor Soliman said his experience is a prime example of “buyer beware.” Consumers should have choices, but also clear and honest details about any alternative supplier offer, he said. That’s why CUB utility bill clinics are so important—to give consumers accurate information. 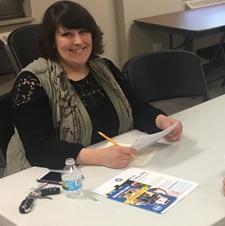 “Let me say that your representative from the Citizens Utility Board, Aimee, provided useful information with many options for us to consider,” Mayor Soliman said. “Aimee was also courteous, professional, and easy to communicate with and understand during our conversation.”

By the way, Crest Hill’s community power deal ended and local leaders for a time sent residents back to ComEd, because that became the better deal. However, more recently, the community inked a deal with MC Squared Energy Services that the mayor said will save residents about $60 a year. “This is certainly not as much as our first agreement, but every little bit helps,” Mayor Soliman said.

Your ticket for the: He told the alternative supplier: I know the mayor doesn’t endorse your offer—because I am the mayor!

He told the alternative supplier: I know the mayor doesn’t endorse your offer—because I am the mayor!