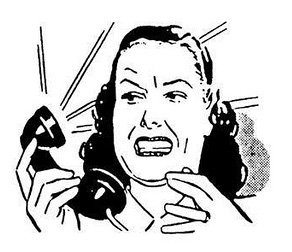 The Senate has voted 97-1 to approve the TRACED Act, a bill to combat annoying robocalls plaguing millions of consumers.

Among other things, the TRACED Act would:

Thank you to Illinois Sens. Tammy Duckworth and Dick Durbin for co-sponsoring the bill. And special thanks to the 1,400 CUB Action Network members who sent messages to Congress in favor of the TRACED Act. There’s a lot of work to do to stop robocall scams, but consumer advocates say passing this legislation would be a step in the right direction.

“Consumers have had enough of robocalls, and this bill will help crack down on some of the worst kinds of calls,” said Maureen Mahoney, policy analyst for Consumer Reports. “Caller ID spoofing has long been used by scammers to deceive consumers into answering their phones.”

The fight is not over. The bill will go to the House for approval, in addition to the numerous anti-robocall bills already on the table. In the meantime, check out CUB’s 2019 Guide to Fighting Robocalls for tips to help you reduce these calls today.

Your ticket for the: (Good) breaking news: U.S. Senate overwhelmingly votes in favor of anti-robocalls bill