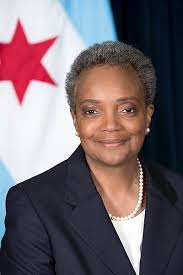 Under the program, if participants successfully pay their discounted bills for one year, the city would forgive all previously incurred water utility debt. During the first year of program enrollment, the city would not shut off participants’ water, charge late payment penalties or pursue debt collection.

The program has yet to be authorized. An ordinance to approve the new program is expected to  be introduced in the City Council in December. The Community and Economic Development Association of Cook County (CEDA) will be tasked with implementing the program.

The new policy addresses a need in Chicago — the city estimates nearly 20,000 people would be eligible to enroll in the program. The cost of water has increased by 166 percent since 2011 in Chicago, according to city data. As a result, water utility bill debt in the city has increased by 300 percent.

A typical outstanding balance for people whose water was cut off in 2018 was $2,000. The city is owed over $330 million from past-due water bills. City Comptroller Reshma Soni said the program is an opportunity for participants to pay at least part of their bills. “At the end of the day, we feel this is going to be bringing in revenue that we wouldn’t otherwise have seen,” she said.

Too many Chicagoans, especially low-income and the elderly, are “having to choose between groceries, life saving medicine and whether they are going to pay that water bill,” Chicago AARP Director Mary Anderson told Curbed Chicago, an online neighborhood publication.

Mayor Lightfoot announced a moratorium on water shutoffs back in May. After the relief program goes into effect in March 2020, the city will resume shutoffs.

So who qualifies for the program?

When can I enroll?

How do I enroll?

What will my new water rate be under the program?

Your ticket for the: Your questions, answered: Chicago’s new Utility Bill Relief Program