It’s time to take the power back: Pass CEJA NOW!

More than 700 consumer and environmental advocates converged on Springfield this week to push for the Clean Energy Jobs Act (CEJA), encouraged by Gov. J.B. Pritzker’s pledge to pass legislation that puts “consumers and climate first.”

“I’m not going to sign an energy bill written by the utility companies,” the governor proclaimed in his State of the State Address in January.

It’s a good thing, then, that CEJA, the most consumer-friendly energy bill in Springfield, was crafted from feedback gathered from more than 100 community conversations held in every corner of the state by consumer groups like CUB. 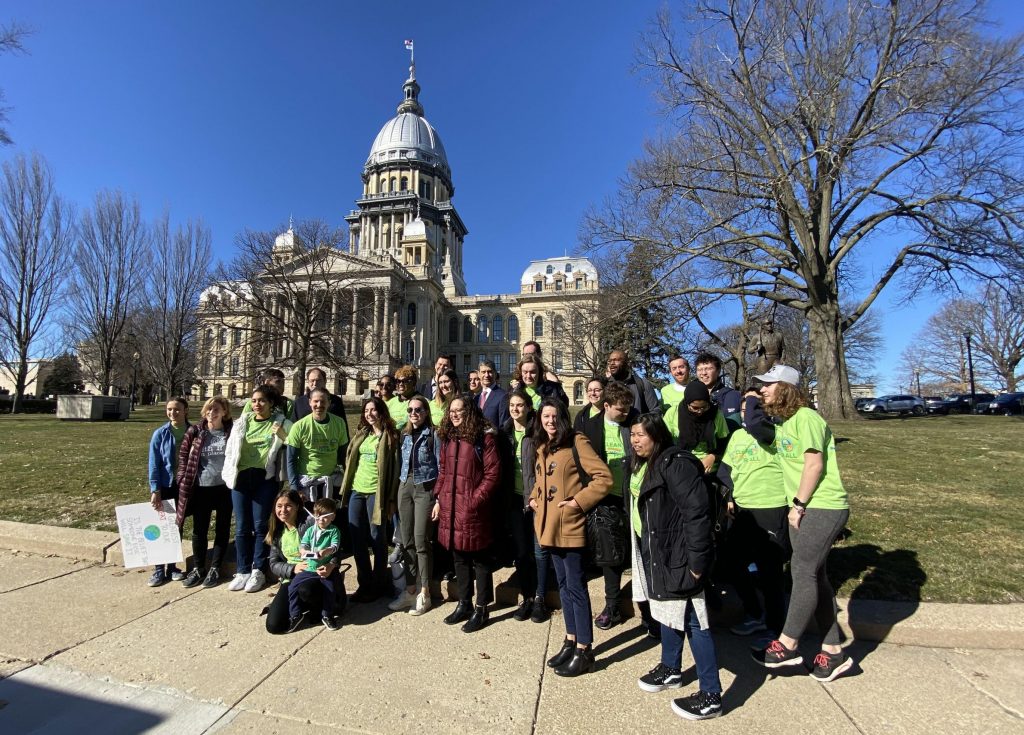 “These conversations assessed each community’s needs and hopes,” said Chama St. Louis, a community organizer from Peoria who spoke at a State Capitol rally for Clean Energy Lobby Day March 4. “The input received from those conversations was used to craft the very DNA that makes up the Clean Energy Jobs Act.”

Speaking to a sea of green-shirted CEJA supporters, St. Louis said a recent ruling by the Federal Energy Regulatory Commission (FERC) hurts renewable energy sources and threatens to raise electric bills by up to $864 million annually for most Illinois residents.

“For too long, communities like mine in Peoria have had to bear the burden of dirty energy plants propped up by political maneuvers such as this,” she said. “People I know—my family, friends and neighbors—are literally sick and tired of carrying this burden.”

Strong clean energy policy, such as the 2016 Future Energy Jobs Act (FEJA), has helped Illinois achieve the lowest average electric bills in the Midwest for seven straight years, and it has sparked billions of dollars in new wind and solar development in Illinois.

CUB supports CEJA because it would shield northern Illinois consumers from the $864 million hike caused by FERC’s ruling. CEJA also contains ironclad consumer protections that guarantee lower electric bills for most consumers and the expansion of energy efficiency programs that have already saved Illinois consumers billions.

“I know from looking around the Capitol today that we have the political power necessary to get this bill passed and on to the Governor’s desk,” Castro said.  “Does Illinois simply sit back and let large utility companies determine our energy future?”

“It is time to pass CEJA now.”

Your ticket for the: It’s time to take the power back: Pass CEJA NOW!

It’s time to take the power back: Pass CEJA NOW!