Net neutrality: Not dead yet! 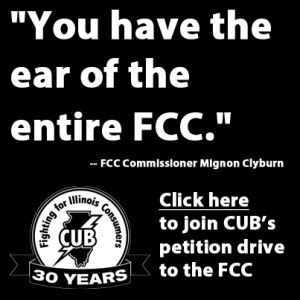 The Federal Communications Commission (FCC) voted 3-2 last week to consider a plan that could divide the Internet into a fast lane and a slow lane for the haves and have-nots.  By opening a gate for companies to pay more for privileged access, the proposed plan threatens to squash competition, water down consumer protections, discriminate against certain Web traffic, and spark higher rates and slower speeds for consumers.

This isn’t over, though.  The vote marked the beginning of a 4-month period for public comment on the rules.

“The real call to action begins after the vote today,” FCC Commissioner Mignon Clyburn said last week.  “You have the ear of the entire FCC.”

Your actions have already had results:  Because consumers flooded the FCC with emails, two of three yes votes in the FCC’s decision were reluctant at best.  Now is the time to keep the pressure on.

Sign our petition today to urge the FCC to save net neutrality!

Your ticket for the: Net neutrality: Not dead yet!

Net neutrality: Not dead yet!