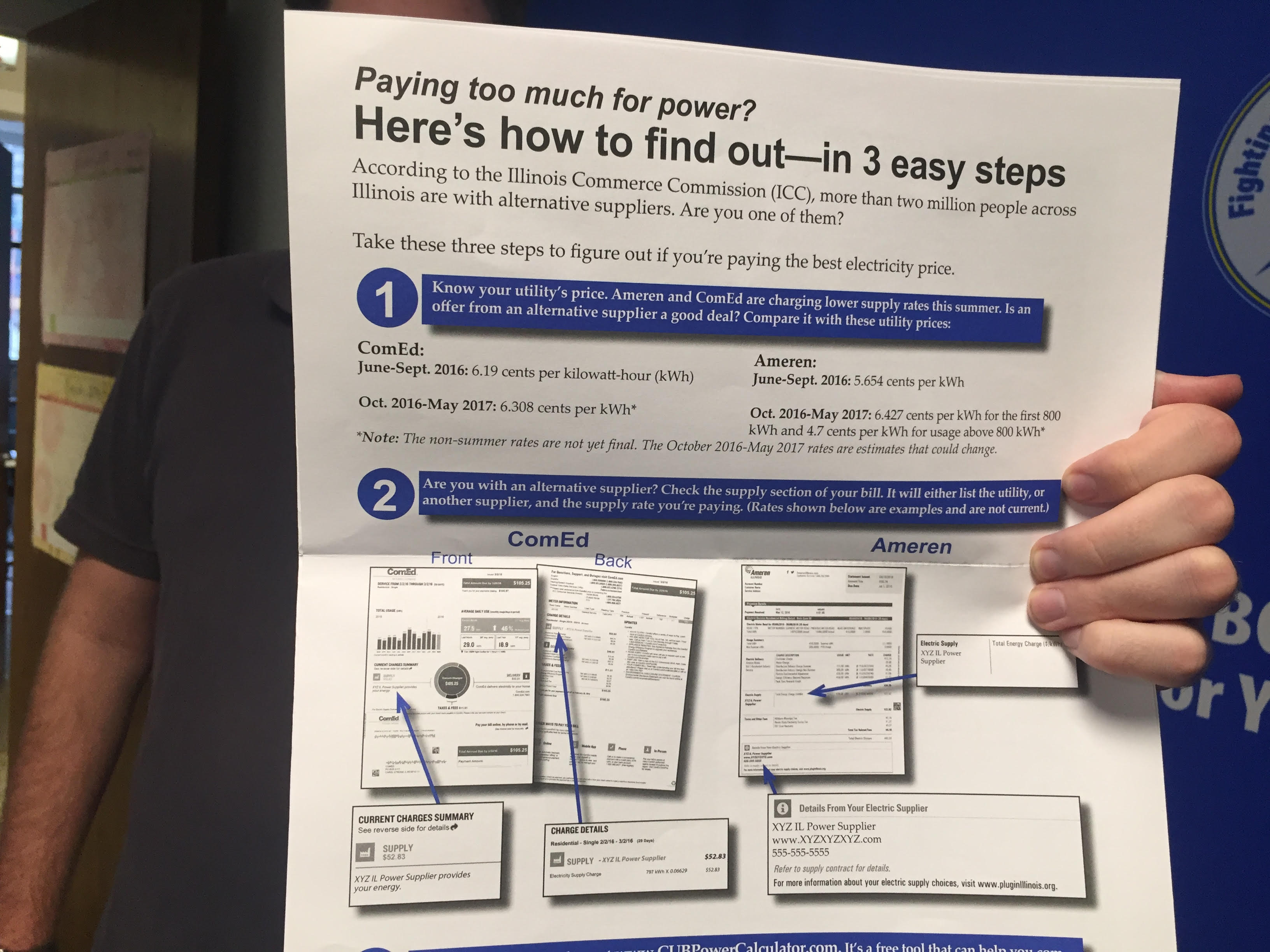 The article Terry read that helped him save hundreds!

After reading CUB’s quarterly publication The CUB Voice, Stillman Valley resident Terry Temple realized he was paying way too much for his electric and gas service, and he did something about it.

The retired marketing director for GE Aviation Systems came upon a full-page article headlined “Paying too much for power?” in The Voice’s summer edition. That led him to make a grim discovery about his alternative supplier, Energy Plus.

“I was paying 14 cents a kilowatt-hour (kWh), which is ridiculous, and twice what I could be paying,” Terry said.

At the time, ComEd was charging a rate of about 6.2 cents per kWh. After consulting with CUB, Terry called Energy plus, which offered him a discount if he stayed with the supplier, but Terry said he didn’t want to deal with the company anymore, and he closed his contract.

However, his electric bill wasn’t the only problem.

Terry thought he also might be paying too much for natural gas, so he did some research and consulted with CUB and discovered he was with an alternative supplier called Nicor Advanced Energy. Terry didn’t realize Nicor Gas, the regulated utility, and Nicor Advanced Energy were different companies until CUB pointed out he was paying a rate about 25 percent higher than the utility’s price.

After reducing his bills by hundreds of dollars, Terry emailed CUB to thank the watchdog for its help.

“Both (Energy Plus and Nicor Advanced) were ripping me off with extremely high rates,” Terry wrote. “My donations have been rewarded many times over!”

“It’s great to have the services that CUB provides,” he said later. “You educate people on what’s happening with utilities in Illinois, and I’m thankful.”

Your ticket for the: Retiree saves hundreds, thanks to CUB Voice, Consumer Hotline