No net neutrality? Not so fast!

CUB’s Bryan McDaniel speaks at an April 8, 2018 press conference on House Bill 4819 to protect net neutrality in Illinois. “Once we pay Internet providers, we should be able to access all content equally,” he said.

The effective date of the repeal was April 23, but the FCC still has to take certain steps to officially kill the rules. In the meantime, net neutrality battles have been brewing at the state level.

In the Illinois House of Representatives, consumer advocates are working for House Bill 4819, the Broadband Procurement and Disclosure Act, which would require Internet providers that do business with the state to commit to honoring net neutrality principles for everyone in Illinois. Also, companies offering Internet in Illinois would have to disclose practices that could violate those principles.

But big Internet providers are spending big bucks at the Capitol to kill these consumer protections. Your state representatives need to hear from you!

“Right now, consumers can access the internet, not as a luxury but as a necessity,” said Rep. Ann Williams, who is spearheading the bill. “When that’s something that you need for every day life, if that’s for access to government services, to go to school or to do work for small business, we think that should be open for everyone.”

More than 80% of Americans support net neutrality principles, which keep Internet service affordable, uncensored, and competitive for everyone.

That’s why we need YOU to act NOW. Tell your representative: Support HB 4819!

Click the map to see what states are doing to preserve net neutrality. 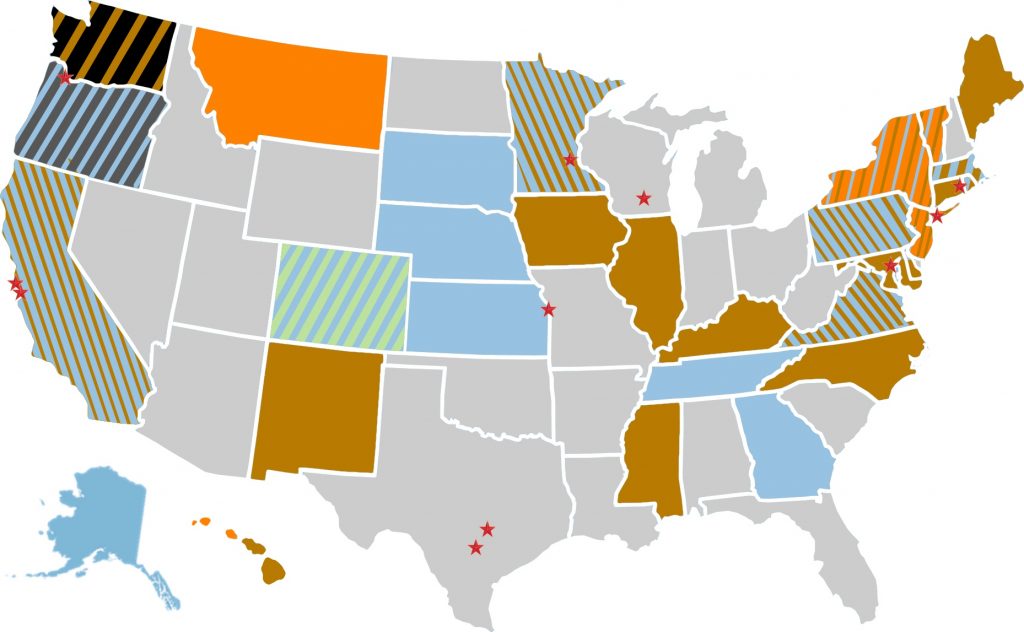 Your ticket for the: No net neutrality? Not so fast!

No net neutrality? Not so fast!