Thanks to Palos Township, CUB showed an AT&T customer how to cut her long-distance bill in half (and then some). 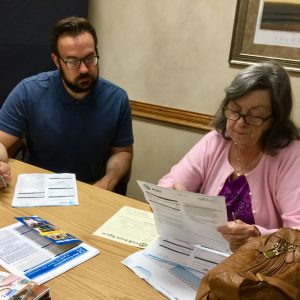 One woman didn’t know why her home phone bill was so high, especially since she doesn’t even have cable or internet. However, she explained to CUB’s Matt Harvey that she frequently calls her out-of-town daughter.

Matt discovered she was paying a whopping 50 cents per minute for these calls–costing her about $35 a month. “I recommended a simple fix: Another long-distance phone plan could cut her bill by more than half,” Matt said.

Thankful, the woman also gave her support to CUB’s campaign to save traditional landline phone service. After visiting an AT&T shop, she said she was discouraged about the company’s emphasis on cellphones.

CUB’s Yami Newell sat down with a consumer who had three devices on her AT&T plan: two smartphones and a tablet.

Yami said the bill seemed reasonable, but beware of any introductory or promotional rates. “Often times, consumers see a credit on their bill, giving them a lower monthly charge,” Yami said. “But, you may see an increase once that credit is no longer active.” 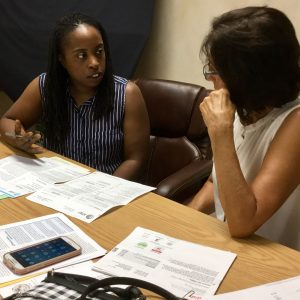 When enrolled in a multiple-device plan, Yami recommended monitoring your data usage. CUB has a guide to help people reduce their data usage.

Both ladies walked away with more knowledge of their bills–not to mention free money-saving light bulbs. Big thanks to Palos Township for organizing the clinic!

Your ticket for the: CUB shows AT&T customer how to cut long-distance bill in half