“Vampire power” could be to blame for your high electric bill 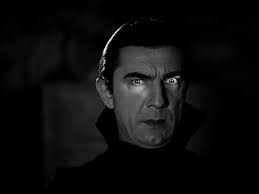 Turning your electronics off when you’re not using them seems like a simple way to cut down on your power bill. But that won’t stop “standby power,” a.k.a. vampire power.

Think about your toaster, coffee maker, televisions, desktop computers and DVRs. You may leave these devices off for periods of time, but they’re still using energy–just by being plugged in, or performing functions like recording your favorite shows, auto-updating, etc. The same goes for phone chargers, which often stay plugged into the same outlets in our homes.

“Standby power” doesn’t just waste electricity. It wastes your money. The U.S. Department of Energy says 10 percent of your bill can be chalked up to devices not in use, but plugged-in and running. That can cost you $100 a year!

Unplugging is the simplest way to reduce your electricity waste, but that’s not always practical with certain electronics, particularly entertainment systems. But if you want to take it a step further, invest in some helpful devices.

Your ticket for the: “Vampire power” could be to blame for your high electric bill

“Vampire power” could be to blame for your high electric bill