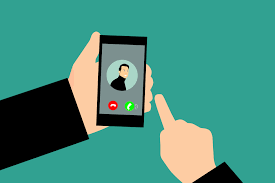 The House voted 417-3 to pass anti-robocall legislation on Wednesday, taking aim at the troublesome and unwanted automated phone calls.

The Pallone-Thune TRACED Act, named after its House and Senate sponsors (Rep. Frank Pallone Jr. and Sen. John Thune), now awaits a vote in the Senate. With bipartisan support in both chambers, the bill is expected to pass. Sponsors hope to have the bill on President Trump’s desk by end of year.

Pallone, the chairman of the House Energy and Commerce Committee, said in a statement that the legislation is “the product of months of good-faith negotiations between the House and the Senate, and will go a long way towards combating both scams and spam calls.”

Under the bill, the Federal Communication Commission (FCC) is required to produce an annual report for Congress quantifying the enforcement of laws, regulations, and policies relating to robocalls and spoofed calls. The report will include statistics such as the number of complaints received by the FCC alleging that a consumer received a robocall or spoofed call and the number of citations issued by the FCC.

Violators will pay at least $10,000 for each violation. If violations continue, the penalties increase in severity, with a maximum fine total of $1 million. The bill would also directs the Justice Department to aggressively prosecute robocall violations.

“This bill would go a long way toward protecting people from the daily harassment of unwanted robocalls,” said Maureen Mahoney, policy analyst for Consumer Reports. “These calls aren’t just annoying. Shady businesses and individuals are using them to steal your money and your personal information.”

Both the Senate and House quickly acted on robocalls this year. The Senate voted 97-1 for robocall-fighting legislation in May, and the House subsequently pushed for a broader proposal addressing issues like call blocking that resulted in a 429-3 passage in July. The current bill is a compromise of the different versions of the legislation in both chambers.

The text of the current 44-page bill can be found here. Also, order CUB’s free robocalls guide for quick tips on fighting these nuisance calls.

Your ticket for the: Anti-robocall legislation passes House, moves to Senate vote