CUB’s weekly e-newsletter: What’s up with your gas utility? 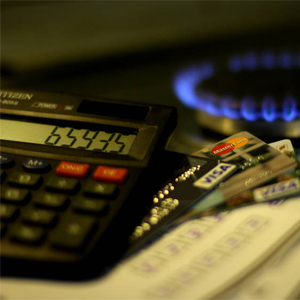 In this week’s e-newsletter, CUB’s policy and legal teams update you on how Illinois’ major gas utilities are trying to make you pay more. Read the summaries below and sign CUB’s petition against the utilities’ profit grabs.

Ameren Illinois filed a $102 million natural gas rate hike with the Illinois Commerce Commission (ICC). CUB is fighting it. We also oppose the Qualified Infrastructure Plant (QIP) surcharge on Ameren (and Nicor and Peoples) gas bills that sidesteps the regulatory process and automatically raises heating bills to pay for excessive and often unnecessary utility spending. CUB supports state legislation that would end this surcharge in January 2021.

Nicor is trying to put its rate increases on autopilot. Gas utilities currently request rate hikes from the Illinois Commerce Commission (ICC), which involves an 11-month review process. Nicor is hoping to circumvent that regulatory process by pushing state legislation that would set rates by formula and could open the door to automatic annual rate hikes. It’s the same kind of rate setting that electric utilities ComEd and Ameren Illinois have enjoyed for years. Nicor also is benefiting from the unfair QIP surcharge CUB and other consumer advocates hope to end.

Peoples Gas’ pipe-replacement program has brought Chicago closer and closer to a widespread heating-affordability crisis. In fact, the QIP charge that helps fund it raked in $117 million in revenue last year. But while its customers suffer, the gas utility posted a record $156 million profit last year, smashing the previous record of $132 million set in 2018. Plus, CUB is bracing for the possibility of Peoples Gas asking for a rate hike sometime this year.

We’ll keep fighting them on the policy and legal fronts. But there is some good news: Natural gas prices continue to be at relatively low levels, as CUB reported last week.

Your ticket for the: CUB’s weekly e-newsletter: What’s up with your gas utility?

CUB’s weekly e-newsletter: What’s up with your gas utility?