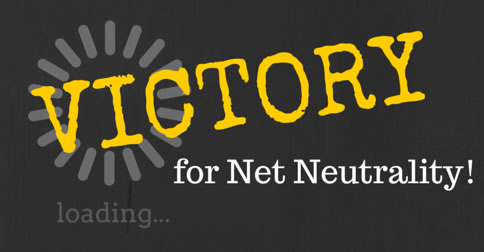 More than 3,000 CUB Action Network members sent messages to the FCC over the past months saying “Save my Internet!”

Today, we learned that the pressure worked.

In a historic decision, the Federal Communications Commission (FCC) voted 3- 2 to approve rules reclassifying the Internet as a “common carrier” under the Telecommunications Act.  The action gives the FCC power to enforce consumer protections, preserve competition in the market, and ensure universal access to a free and open Internet.

“The Internet is the most powerful and pervasive platform on the planet” FCC Chairman Tom Wheeler said in today’s hearing. “It’s simply too important to be left without rules and without a referee on the field.” 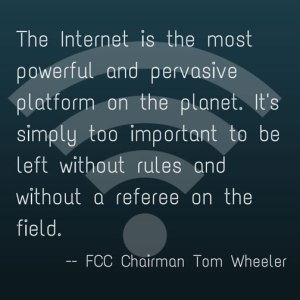 The approved rules would also ban paid prioritization (aka creating a “fast lane” for Internet traffic from providers who pay more) and any action that would “unreasonably interfere with or unreasonably disadvantage the ability of consumers and content providers to use the Internet.”

On January 14, 2014, a federal appeals court struck down the “Open Internet Order,” which had formerly allowed the FCC to regulate Internet Service Providers (ISPs).  It seemed like a death certificate for net neutrality, the principle that ISPs cannot discriminate against certain Internet traffic.

Without net neutrality, as FCC Commissioner Mignon Clyburn said at today’s hearing, ISPs “would be free to block, throttle, favor or discriminate against traffic.”

But consumers were quick to act.  They flooded the FCC with more than 4 million comments demanding the FCC preserve net neutrality.  More than  3,000+ CUB Action Network added their voices: “Save my Internet.”

Wheeler said at today’s hearing that those 4 million voices made a difference.

“Your participation has made this the most open proceeding in FCC history.”

We want to thank the FCC for taking a stand against Big Telecom/Cable, which has been fighting tooth and nail to squash competition, raise fees, and lower speeds for customers.  We don’t expect these companies to take this decision lying down, but we do know that consumers can put up one heck-of-a-fight to protect their Internet!

Your ticket for the: Victory for net neutrality!