Back-to-back consumer refunds: Over $800 in savings! 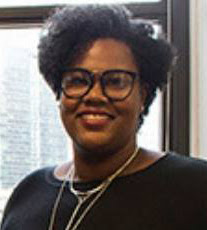 Jantay Gray, consumer advocacy assistant at CUB, recently helped two consumers land refunds–totaling $871.45! “I try my best to advocate for whom I believe to be the most vulnerable utility customers–the elderly and victims of economic disparities,” she said.

Throughout the year, CUB’s Consumer Advocacy Department (CAD) takes thousands of calls from people just like you, seeking answers from their utilities. In 2018 alone, CAD saved Illinois consumers over $108,000.

One case involved JoAnn, an elderly widow on a fixed-income. In December, she “called CUB in great distress” over a skyrocketing gas bill, according to complaint records.

After being previously enrolled with Santanna Energy Services at an exorbitant rate, she switched to Spark Energy. However, Spark was now charging her nearly $1.40 cents per therm for gas–that was more than triple the utility’s rate–not counting the $6.95 monthly fee!

In early December, Spark notified Joann that she owed more than $300. She would have paid a little over $80 with Nicor Gas, the regulated utility. But Jantay filed a complaint with Spark, on behalf of JoAnn, and the company responded with a refund of $238.60.

Then there was Ronald, who contacted CUB after his electric and gas supply price jumped by 20 percent with Spark. It turns out Spark confirmed that somebody else had signed him up with the company. Ronald went back to the regulated electric and gas utilities, and he received a gas refund of about $357.85, plus an electric refund of $275, for a total refund of $632.85.

Jantay is passionate about trying to protect customers from the damage of a bad deal. “It is very difficult to earn a living and unscrupulous alternative supply companies lure consumers into unfair contracts with promises of savings and other incentives; but they just end up paying more in the long run,” she said.

“It does my heart good to know that my efforts on behalf of those who have been cheated may result in a company acting in good faith: whether it’s giving a refund or, at the very least, waving a cancellation fee,” Jantay added. “Someone has to be a voice for the voiceless, and CUB is in the forefront of fighting for the best interest of Illinois consumers.”

Don’t get ripped off! Check out these CUB fact sheets–updated weekly–listing your utility’s alternative supplier offers:

Your ticket for the: Back-to-back consumer refunds: Over $800 in savings!

Back-to-back consumer refunds: Over $800 in savings!