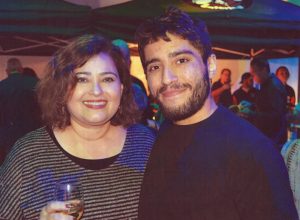 Moira and her son

Last spring, CUB helped Moira Melendez land a $797 credit from Sprint for a “free” phone that turned out to be anything but. So when the wireless company gave her more trouble this year, she didn’t think twice about reaching out to CUB again.

The trouble began when her Sprint service plan ended and she returned two phones accordingly. But Sprint told Moira both phones were damaged, with cracked screens, and charged her $400—$200 for each phone.

She disputed the claim, saying both phones were in good working condition, and were mailed to Sprint in safe packaging through UPS. “I then asked them to return the phones to me and, if there were cracks in the screens I would have them repaired and send them back,” she said.

Sprint said it could not send her the phones. “They said that once the phones are returned that ‘special technicians’ review the phones and decide if they are damaged. They then go someplace and cannot be retrieved,” she wrote. That’s when she emailed CUB.

“I reached out to CUB again, and again Ms. Ortiz helped me,” said Moira, referring to Ivonne Ortiz, lead community liaison at CUB. Ivonne, a CUB veteran, sent Moira’s inquiry directly to Sprint, requesting the company investigate the matter. A representative said one phone’s display screen was cracked, but couldn’t locate the other phone.

As a goodwill offer, Sprint issued a half-credit of $211.44. This left about $18 on Moira’s balance, which Sprint also cleared, bringing her balance to zero. “We regret any frustration this matter may have caused,” the company said.

But Moira had no regrets reaching out to CUB. “Thank you so much for what you do,” said Moira, “I truly appreciate your organization!”

P.S. To avoid scams on your cell phones and landlines, be sure to get your free copy of CUB’s first-ever Guide to Fighting Robocalls.

Your ticket for the: Consumer victory, part 2: $1,000 in credits from Sprint!