In 2019, the Citizens Utility Board (CUB) celebrates 35 years of fighting for Illinois consumers.

We were a long shot when a handful of people led by pioneering Executive Director Sue Stewart began working for consumers in May of 1984. “Those who expect the citizens’ board to reduce their utility bills are going to be disappointed,” the Chicago Tribune editorialized at the time.

But 35 years later,  CUB has helped save Illinois consumers more than $20 billion, and we’ve become a model for consumer groups—inspiring the creation of Citizens Utility Boards in Minnesota and Michigan in recent years. It’s those kind of results that sparked the St. Louis Post-Dispatch to call CUB the “gold standard for consumer groups nationally.”

Below is a summary of what CUB has achieved in the first six months of the year, fighting utility rate hikes, promoting clean, low-cost energy and advocating for consumer protections. But let me be clear: These are not OUR achievements. These are YOUR achievements. All of this is possible because of your support. 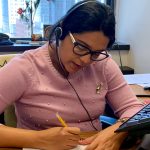 CUB staffs a toll-free Consumer Hotline (1-800-669-5556) for people who have questions, concerns or complaints about their electric, natural gas, water and phone service. Our team handled 1,474 complaints/inquiries from utility customers and saved individuals $108,348.02 by advocating for them.

One example: CUB Consumer Rights Specialist Annie Warnock helped a ComEd customer save $82,888 in a billing mix-up involving his business. “CUB is a vital resource, you guys helped save my company from bankruptcy,” he said.

CUB’s team is marking our 35th anniversary with the Clean Bill Campaign, which aims to staff at least 500 free events this year to clean utility bills of bad deals and wasteful spending, to educate people about opportunities with clean energy in Illinois, and to hand out money-saving LED light bulbs.

So far, we’ve staffed 268 events, with 11,697 attendees. By spotting bad supplier deals on utility bills and signing up people for free Home Energy Assessments, we have shown consumers how to save a total of $153,663. For example, we helped attendee Max Smith get a $139 refund from a bad deal, and we also gave him helpful efficiency tips that are good for the planet and the pocketbook.

General Counsel Julie Soderna and Senior Attorney Kelly Turner, our two-person legal team, have their hands full with 16 cases at the Illinois Commerce Commission (ICC). That includes Nicor Gas’ rate-hike request, which so far has been reduced by about $50 million, from a record-high $230 million. (We hope to reduce it even more.)

CUB also is locked in an ongoing battle to improve the mismanaged Peoples Gas pipe-replacement program. In the face of strong allegations of mismanagement and imprudence, the company has agreed to give $7 million back to consumers, related to 2015 costs.

We’re also working to get ComEd and Ameren electricity pricing clearly displayed on bills; we’re involved in four ICC cases where alternative power suppliers are accused of violating marketing rules; and we’re fighting to improve consumer protection rules to help guard against gas rip-offs—just like we did for electricity rip-offs in 2017. 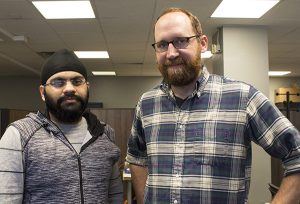 Our “Cluster Analysis,” authored by Zethmayr and Data Scientist Ramandeep Makhija, reviewed smart meter data from 2.5 million electric customers. It raised the concern that low-income households may pay more than their fair share for electricity. Consumer advocates gave the analysis rave reviews on social media, including: “Amazing,” “Fantastic,” “Stellar,” CUB “knocks it out of the park again,” and “Regulators need to demand this kind of analysis everywhere!”

Bryan McDaniel, CUB’s director of policy and governmental affairs, worked with Illinois Attorney General Kwame Raoul and other consumer groups like AARP Illinois and Illinois PIRG to secure a major consumer victory in Springfield this past legislative session. We successfully pushed for the HEAT Act, one of the nation’s toughest consumer-protection laws against gas and electric rip-offs.

As I told the media: “These new consumer protections are sorely needed, because CUB hears from far too many distraught and frustrated Illinoisans whose gas and electric bills have skyrocketed because they were misled or scammed by predatory alternative suppliers.” 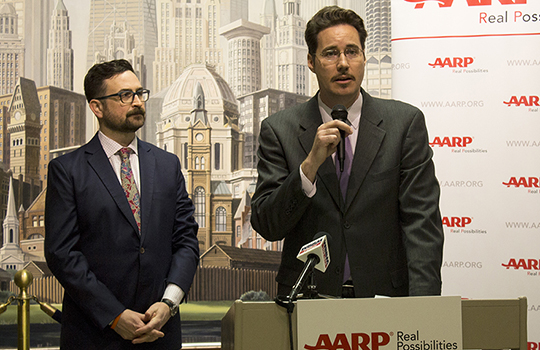 We face billions of dollars in current and future rate hikes.

Please, give to CUB’s Consumer Defense Fund to fight for the Clean Energy Jobs Act and win the other battles for clean, low-cost energy and consumer protections in Illinois.

Your ticket for the: Citizens Utility Board’s Mid-Year Report