As CUB approaches its 30th anniversary, we’ve compiled a list of some of the worst consumer horror stories we’ve ever heard. What better way to celebrate Halloween?

1) The phone plan that ate my bank account! It sounds like the title of a 1950s creature feature, but, unfortunately, it’s reality for a lot of people paying too much for too many calls (and in the iPhone age too much data). The most chilling cases: A woman who came to a CUB phone clinic in Gage Park was overpaying by $1,200 a year. In Vernon Hills, another caller was wasting $1,500 a year, mostly because of expensive calls to the Ukraine. (She could save money with a calling card.)

2) “The Evil Within.” That’s a hot, yet-to-be-released horror video game, but it also describes the devilish—and unnecessary—charges we’ve exorcised from bills over the years. There’s the tale of the kidney transplant patient who was about to get her phone disconnected for $3,365 worth of calls she never made to Antigua. (Many calls were made in the wee hours of the morning—and she said she could barely make it past the 10 o’clock news!) Then there’s the happily married mom who for months unknowingly paid for a “love genie” dating tips texting service on her cellphone bill.

3) Service from hell. When you ask the phone company to install service, you don’t expect it to take away your heat. But that’s exactly what a Chicago mom said in a complaint to CUB in 2000. Unfortunately, the technician unhooked a thermostat and installed a phone there instead. The mom spent months trying to get the company to pay for repairs. (Honorable mentions: The tech who used a customer’s basement phone to make 1-900 calls, and the rogue cable and gas workers who called two customers derogatory names–think male anatomy, female dog–on official company correspondence. That’s scary!) 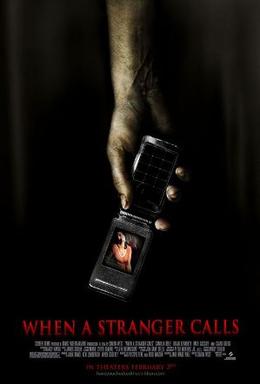 4) When a stranger calls. Remember that creepy 1979 movie (with a 2006 remake) about the poor babysitter harassed by fiendish phone calls? The electric and gas markets feel a bit like that these days—with some alternative suppliers making outrageous claims. A CUB attorney received one of these pitches and in the span of 10 minutes was told: 1) The state “recommended” she choose an alternative supplier; 2) if she didn’t choose a supplier, she would get a penalty on her bill; and 3) she would be protected from ComEd rate hikes. All monstrous lies! (Honorable mention: The electric peddler who said, “ComEd is about to leave Illinois, so you need to switch now.”)

5) The Michael Myers of bad deals. Like the infamous “Halloween” movie villain, some questionable deals just never go away.

We recently found a woman paying for voicemail—even though she had an answering machine!  AT&T’s Line-Backer also leaves a long trail of victims. CUB has had to break it to many people that they were paying a high price to cover repairs that happen only about once every 20-30 years. One guy lamented that he had no business paying for repairs he could do himself: “Well damn, I’m a licensed electrician, I can take care of that.”

Do you have a horror story to tell? If you ever have an ordeal with your electric, gas, or telcom company, call CUB’s Consumer Hotline, 1-800-669-5556, to learn about your rights. Happy Halloween!

Your ticket for the: From the CUB files: Top 5 worst consumer horror stories