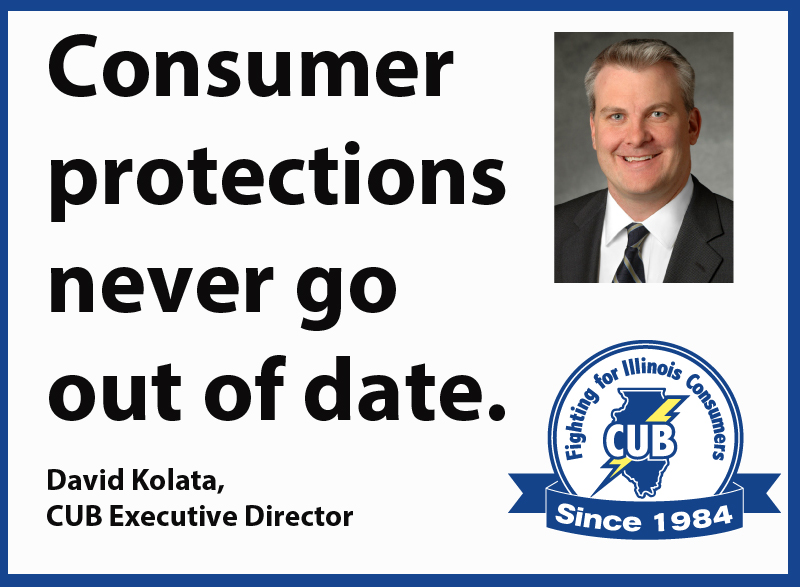 AT&T has made no secret of the fact that the company wants to strip the Illinois Telecom Act of consumer protections and completely deregulate traditional home phone service.

In the company’s perfect world, it would no longer have to fulfill the “obligation to serve” requirement— and would be able to abandon phone service in any area it deems unprofitable.  The no-frills Consumer Choice calling plans (which have been saving users an average of $200 per year) would be eliminated.  And consumer protections would go the way of the dinosaur.

But AT&T’s perfect world could be a perfect nightmare for many consumers.

CUB’s Executive Director, David Kolata, had some words for the telecom giant in a letter to the editor today.

“It’s AT&T that needs a wake-up call,” he said.  “The company is attempting to dismantle a bulwark of consumer protection that remains as vital in the age of Siri as it was in the days of Ma Bell.”

You can read the full letter here.

Many of Illinois’ most vulnerable citizens depend on landline telephones as the most affordable, reliable lifeline to friends, employment, and key services like 911.  If you haven’t already, send a message to your legislators: Save our phone service!

Your ticket for the: CUB Director: Consumer protections never go out of date