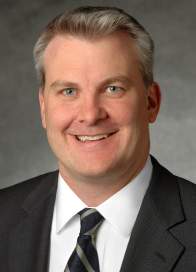 This report is a thanks and tribute to CUB’s supporters. You are working for a better Illinois, and I’m grateful to you.

I know it’s easy to get discouraged these days, but remember that you are part of an Illinois success story. Together, here’s what we accomplished in 2017:

We also helped win stronger rules against electric rip-offs. ICC Chairman Brien Sheahan said: “I want to thank David Kolata and the Citizens Utility Board and Attorney General (Lisa) Madigan for their steadfast persistence in crafting these rules. They deserve much credit for their strong and consistent advocacy on behalf of utility customers in Illinois.”

Outreach: Staffed 436 money-saving events and showed customers how to save $231,868.27 by analyzing utility bills, handing out energy-efficient light bulbs, and signing up people for efficiency programs.

At one CUB utility-bill clinic, a CUB volunteer—just an average person like you and me—saved not one, but two people from paying quadruple on their gas bills with an unregulated gas supplier. Service like that sparked another clinic-goer to exclaim: “It feels good to have someone on my side!”

“We would not have a resolution today if it weren’t for CUB’s care and concern,” said one CUB member who worked with the consumer advocacy team to erase a $6,400 AT&T debt for her 85-year-old neighbors. “You would not believe how difficult it is to find real help and advocacy out there for consumers.”

CUB Action Network: We generated more than 530,000 emails, petition signatures, and faxes urging policymakers to fight high bills and rip-offs in 2017. Policymakers from the halls of the State Capitol to the White House heard from us.

New Publications: CUB’s research arm created an important guide on electric vehicles, a groundbreaking study on hourly pricing, and for the first time ever we released a guide to help people protect their privacy from crooks and scam artists on the internet. (We also updated our guide to cutting TV costs.)

2018 Battles: As consumer advocates all of us must remain vigilant, given the fights we face next year.

Those are big battles, but we’re not giving up. Let’s work together to get good things done in Illinois in 2018! I look forward to working with you this year. Thank you!

Your ticket for the: From the Desk of David Kolata: CUB Executive Director’s New Year Report