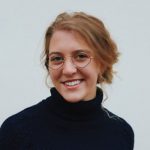 It was still dark outside when 500 bleary-eyed consumer and environmental advocates from across the state packed onto buses and headed to Springfield. Hoping to meet with their legislators at the state capitol, they planned to urge their senators and representatives to pass the Clean Energy Jobs Act (CEJA).

Although the day began early, when the State Capitol dome came into view, the sleepy mood in the bus shifted. Animated chatter of creative sign construction and impassioned CEJA testimonies quickly drowned out the yawns.

“I’m terrified of climate change. I don’t think Illinois is doing enough,” said Meagan Hughes, a Chicago resident, speaking with other people in her district on why she supports CEJA. “I think we need to make the transition to green energy as fast as possible.”

Thanks to the incredible organizational efforts by the Illinois Environmental Council, most CEJA advocates, including Meagan, were able to meet with at least one of their state legislators.

Great #CEJA lobby day meeting with constituents, students, and @SenChapinRose. Thank you so much for taking the time Senator, we’d love to have you as a Downstate co-sponsor and champion of the #CleanEnergyJobsAct! pic.twitter.com/uHefFLolqT

In these meetings, advocates highlighted the money-saving aspects of CEJA, how it will expand energy efficiency programs and spark an estimated $700 million a year in energy savings. CEJA aims to secure 100 percent renewable energy for Illinois by 2050, while protecting consumers’ pocketbooks.

Perhaps most importantly, without CEJA, electric bills for most Illinois consumers could go up $864 million annually. The Federal Energy Regulatory Commission (FERC) is expected to soon approve new electricity market rules that will raise electric bills to prop up dirty fossil-fuel generators. However, reforms included in the Clean Energy Jobs Act would protect consumers from  FERC’s impending decision.

And if those reasons weren’t enough, CEJA will bring an economic stimulus to Illinois — $39 billion in new private investment for clean energy projects AND a surge of jobs in communities up and down the state. The bill aims to help all communities enjoy the economic benefits of clean, affordable energy.

The bill currently has more than 30 supporters in the senate, and nearly 60 in house. So we met with and thanked legislators already supporting Springfield’s most consumer-friendly energy bill.

“It’s good to know that a lot of  legislators are hearing our message, ” Christina Uzzo said. “We know what we need for our communities, for our futures, for our health and well-being, for our wallets, and we know that CEJA will be a good thing for all of that. We just need all of our representatives and senators to recognize it, too.”

Later that afternoon, the Capitol rotunda was a flurry of electric green as lobby day protesters gathered for a rally in our matching t-shirts. All walks of life from every corner of the state were cheering and chanting “hey-hey, ho-ho, fossil fuels have got to go” and waving bright posters under the building’s towering dome. (I recorded the rally, so you can watch the video on our Facebook page!)

At the end of the day, I left Springfield energized. CEJA will make Illinois a national leader in affordable and clean energy policy, and that fact alone makes me incredibly proud to be born and raised in this state (Waterloo). With so many Illinoisans fired up and united at the Capitol, it is easy to be optimistic in the fight for a greener and cheaper energy future.

But the fight to pass CEJA can’t stop because a few hundred of us had a successful day in Springfield. Legislators need to be continually reminded that the public cares about passing the bill. We need to keep advocating to ensure that the Clean Energy Jobs Act becomes a reality for Illinois.

But you don’t have to go to Springfield like myself to let your voice be heard! Send a message to your legislators today and tell them to protect your power bills and support the Clean Energy Jobs Act (Senate Bill 2132/House Bill 3624).