CUB’s Ivonne Rychwa helped a visitor to one of our popular utility bill clinics secure a $203 refund after being overcharged by an alternative supplier. 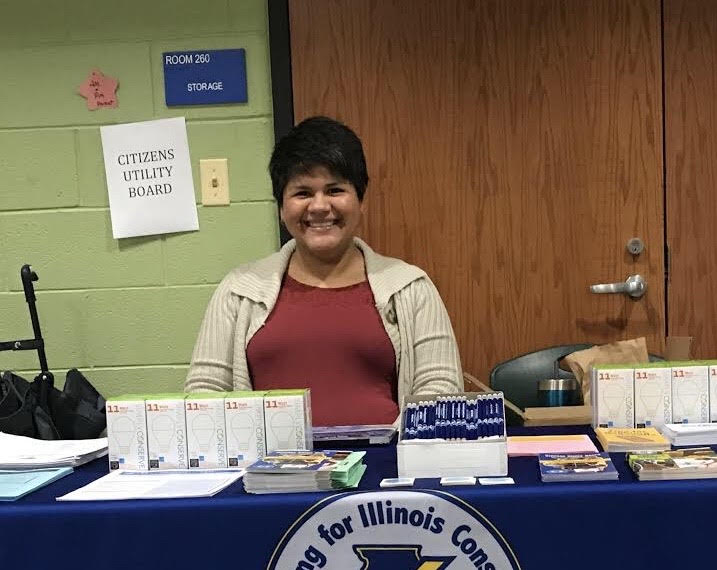 Ivonne, CUB’s Lead Community Liaison, met Teofilo at the Round Lake Utility Bill Clinic on Aug. 19 and discovered that he was in the kind of predicament she sees far too often: He was overpaying for his electricity with an alternative supplier he didn’t even know he had.

Teofilo may not have remembered signing up for the supplier, National Gas and Electric, but it’s a company Illinois regulators won’t soon forget. Earlier this year, the company was on the hot seat when the Illinois Commerce Commission (ICC) brought a case against it for allegedly violating marketing-related rules.

According to the ICC report, National Gas and Electric is accused of deceptively using ComEd’s name and logo and having a telemarketing campaign that led customers to believe they were on the phone with ComEd instead of the alternative supplier.

In Teofilo’s case, he was paying a $9.95 monthly fee on top of a whopping 9.99 cents per kilowatt-hour (kWh) of electricity he used. During the same period, ComEd customers were paying just 6.725 cents per kWh (32 percent lower than Teofilo’s price).

With the help of Ivonne, a seven-year veteran of CUB, he canceled the National Gas and Electric account, and he was refunded $203.

“Refunds like these are the best part of my job,” Ivonne said. “It’s so satisfying to help someone get out of a bad deal, and it’s an even better feeling when the alternative supplier returns some of the consumer’s hard-earned money.”

Our free utility bill clinics are opportunities for consumers like you to bring current copies of your gas, electric, and phone bills for a CUB representative to review.

And unlike many of the alternative suppliers, we have a good track record. Last year, CUB’s outreach and consumer advocacy teams counseled thousands of people about their utility bills. In 2018, they showed individual consumers how to save a total of $250,000 by spotting alternative supplier rip-offs and billing errors and connecting people with money-saving efficiency programs.

If you are interested in attending a utility bill clinic, check out CUB’s events calendar to find one near you.

Your ticket for the: CUB helps consumer secure $203 refund from alternative supplier rip-off