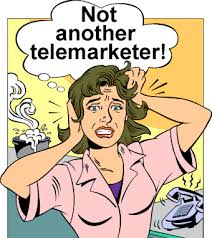 The nation’s toughest anti-robocall legislation, the TRACED Act, has just been signed into law. That’s good news in Illinois, which each year is the target of billions of these nuisance calls. While it won’t stop the pesky automated calls entirely, the act is a concrete step in the right direction.

Members of Congress and other Washington officials credited the victory to consumers who wouldn’t let this issue die. (CUB Action Network members sent more than 3,000 messages to policymakers in 2019, urging them to do something about robocalls.)

“I thank the American people for never letting us forget how fed up they are with scam, spoofed robocalls,” said Federal Communications Commission (FCC) Chairman Ajit Pai, who has been the target of consumer demands to do more to fix this problem.

The Telephone Robocall Abuse Criminal Enforcement and Deterrence (TRACED) Act passed Congress last year with almost unanimous bipartisan votes and was signed into law on Dec. 30. It requires all service providers to offer robocall-blocking services at no additional cost to consumers and to authenticate phone calls. (Authentication is a way of verifying the source of a call. It combats “caller ID spoofing,” when scammers try to entice people to pick up the phone by masking their calls behind a local number.)

The law extends the FCC’s statute of limitations for robocall offenses, in some cases up to four years, giving the commission more time to build a case. It also increases potential fines for violators (up to $10,000 per call) and requires the FCC to compile an annual report for Congress quantifying the enforcement of laws, regulations, and policies relating to robocalls and spoofed calls.

Looking at the latest robocall stats, we are in dire need of stronger consumer protections: Americans received 4.6 billion robocalls in December, according to YouMail, a developer of robocall-blocking software. The U.S. received over 58.5 billion robocalls throughout 2019, and Illinois alone had 2.1 billion calls (about 126 calls per person), placing it ninth in nationwide rankings.

While the TRACED Act gets the ball moving, this law isn’t likely to completely halt this deluge of calls that at best annoy us and at worst take advantage of vulnerable consumers–and nefarious robocallers will surely adapt and change their strategies.

So make sure to always be your own best consumer advocate. Order CUB’s free robocalls guide for quick tips on fighting these nuisance calls.

Your ticket for the: Anti-robocall legislation rings in the new year