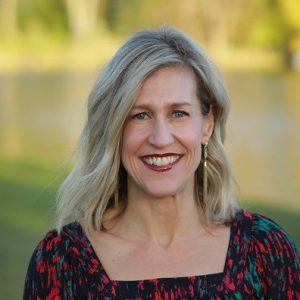 Below is a rundown of key consumer battles in our caseload. In summary, we helped reduce utility rate hikes by a total of $85 million, and we helped negotiate $2 million in refunds and energy assistance from three alternative suppliers accused of violating state regulations. I appreciate the generous donors who help fund our work on these cases. We could not perform this important work without them.

Formula Rate Cases (ComEd: Docket 21-0367, Ameren: 21-0365)
Under the formula rate-setting system, ComEd this past spring requested a $51.167 million rate hike, and Ameren asked for a $64.092 million increase. Electric delivery rates are set by a formula, according to a law passed by the General Assembly in 2011. CUB opposed the law, because the formula rate system makes it much more difficult for regulators and consumer advocates to challenge and reduce rate hikes. CUB still works to reduce proposed increases as much as possible. The rate-hike request has since been adjusted to lower amounts: about $45 million for ComEd and $60 million for Ameren. Final Illinois Commerce Commission (ICC) rulings are due in December.

Note: CUB, along with the Illinois Clean Jobs Coalition, helped pass a comprehensive energy bill, the Climate & Equitable Jobs Act (CEJA), that will replace the formula rate system that led to hundreds of millions of dollars in rate hikes over the last decade.

Nicor Gas Rate Case (Docket 21-0098)
Nicor requested a total increase of $293.4 million, the largest gas rate-hike request in state history. We partnered with the Illinois Industrial Energy Consumers (IIEC) to present a witness who filed testimony recommending an $81.4 million reduction to the request, including a more reasonable profit rate for shareholders. We also partnered with Environmental Defense Fund to recommend the denial of two pilot programs that would be unnecessary and overly expensive for customers. While we helped cut the increase by about $53 million, the ICC still granted the company a $240 million rate hike in November, and it approved one of the pilot programs, with changes. This is the largest gas-hike in Illinois history.

North Shore Gas Rate Case (Docket 20-0810)
North Shore initially requested an increase of $10.6 million, or 11.8%, but after accepting some adjustments, whittled it down to $6 million. We filed testimony on the return on the profit rate for shareholders and capital structure. The Attorney General’s Office and Staff of the ICC also filed strong testimony, and the combined work of consumer advocates led the judge to recommend a reduction in the rate-hike request. In September, the ICC awarded North Shore an increase of $4.084 million, which represents a 4.49% increase in delivery rates.

Ameren Distributed Generation Rebate (Docket 20-0389)
I’m pleased to report that back in December, the ICC sided with CUB and state solar advocates, asserting in a ruling that Ameren’s calculations ended a key benefit for solar customers too soon. The bottom line: Ameren had to return to full residential net metering and provide retroactive credits to any customers with solar panels who might have been affected by the cutoff.

Note regarding the cases below: Illinois consumers with alternative power suppliers have lost more than $1 billion since 2015–I’ve heard so many sad stories of consumers who overpaid on their energy bills. It’s essential that the cases below be a key part of our legal defense program for utility customers.

Star Energy Partners (18-1652)
CUB and other consumer advocates have reached a $300,000 settlement with Star Energy after a state regulatory investigation of the company’s sales and enrollment practices, policies and materials. $275,000 will be refunded to people who were Star Energy customers between May 1, 2018 and October 25, 2018. The remaining $25,000 will be directed to the Low Income Home Energy Assistance Program, or LIHEAP.

Life Energy Partners (Docket 18-1540)
After the ICC hit Life Energy with a $1 million fine in May of last year, Life predictably appealed the decision. We will continue to monitor developments.

AGS/ARES Marketing Rulemaking (Docket 17-0857/20-0457)
After CUB attended many workshops and filed several rounds of comments, the ICC issued a first notice order with revised rules to get the gas and electric alternative supplier rules (Parts 412 and 512) lined up with the Home Energy Affordability and Transparency (HEAT) Act. The HEAT Act is a groundbreaking state law passed in 2019 that contained some of the nation’s strongest consumer protections against supplier rip-offs.

Your ticket for the: Memo from the General Counsel: CUB’s consumer battles