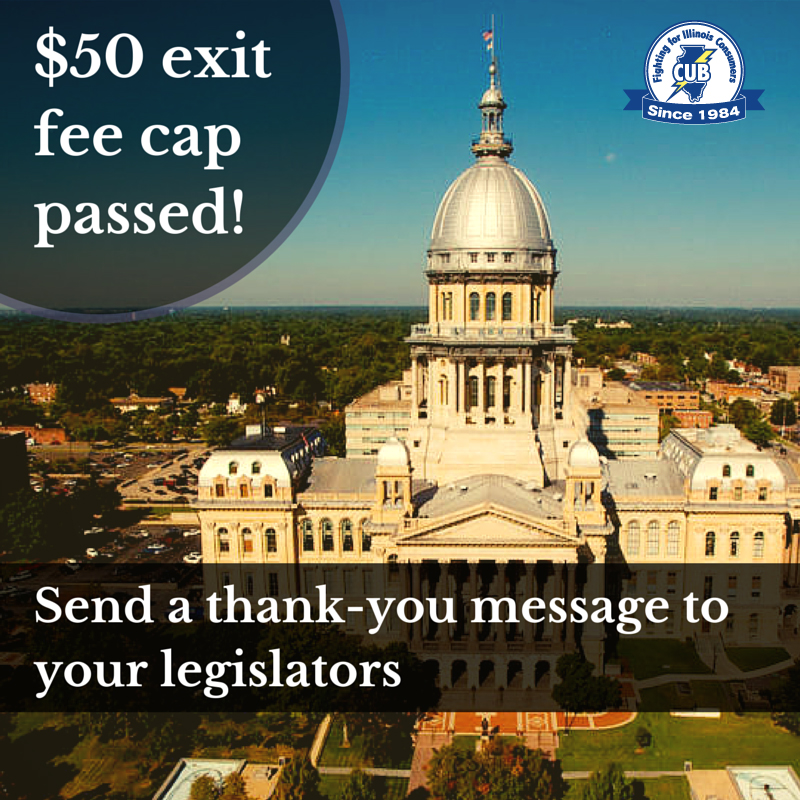 In the General Assembly’s spring session, CUB championed the only major energy legislation to get passed—a bill that says sayonara to bad fees.

State lawmakers unanimously approved a bill (HB 3766) that would cap exit fees charged by alternative power suppliers. Residential and small-business customers get slapped with these fees when they want to leave a contract early.

In the past, CUB has seen residential customers get hit with exit fees as high as $200 while small-business owners have been threatened with $900. (See the current deals, and exit fees, offered to Ameren and ComEd customers.)

Now residential and small-business customers can breathe a little easier. The new pro-consumer legislation caps exit fees at $50 for residential customers and $150 for commercial customers—a far cry from what they had to pay before.

Currently, the bill awaits the governor’s signature and will take effect immediately after he signs it. While current plans are exempt, going forward all plans will have to follow the cap.

For years, CUB has pushed for a cap on such penalties, and thus hails the legislation as a big victory for consumers.

Please send a message thanking the General Assembly for passing this bill. Encourage your lawmakers to protect consumers.

Your ticket for the: Good riddance to obnoxious exit fees