What you need to know about this summer’s electricity costs 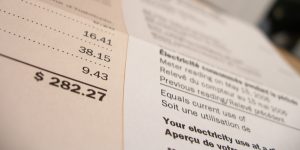 Remember, these supply prices only apply to customers who get their power from the regulated utility in their area. Alternative suppliers are selling electricity at different rates—usually higher than the utility. Attorney General Kwame Raoul, who has led the fight for stronger consumer protections, says Illinois consumers have lost more than $600 million to bad deals with alternative electric suppliers since 2015.

Lower Delivery Rates: Both utilities also have filed requests with the Illinois Commerce Commission (ICC) to lower rates on the delivery side of bills on January 1, 2020. (Delivery rates are what ComEd and Ameren charge customers to deliver the power to homes.) ComEd is asking for a $6 million rate cut, a decrease of 38 cents in the average monthly electric bill. Ameren has asked the ICC to lower delivery rates by $7.22 million on Jan. 1, or about $1.13 a month.

CUB’s legal team will review the Ameren and ComEd filings to see if there’s an opportunity to fight for bigger rate cuts.

Your ticket for the: What you need to know about this summer’s electricity costs

What you need to know about this summer’s electricity costs