Just wanted to share this statement from CUB Executive Director David Kolata on a major victory for consumers at the General Assembly tonight: 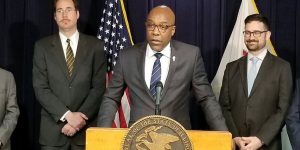 The Citizens Utility Board (CUB) thanks the General Assembly for passing the HEAT Act, historic consumer protections from scams, rip-offs and bad deals peddled by alternative electric and gas suppliers in Illinois. These new consumer protections are sorely needed, because CUB hears from far too many distraught and frustrated Illinoisans whose gas and electric bills have skyrocketed because they were misled or scammed by predatory alternative suppliers. The HEAT Act tackles a problem that has become a significant drain on our economy: Since 2015, Illinoisans have overpaid by more than $600 million on alternative electric offers, according to the Illinois Attorney General’s Office.

Illinoisans deserve a better energy market than one that too often preys on consumers at their own doorsteps, and the HEAT Act represents a major crackdown on those dishonest alternative suppliers that hit people with painfully high gas and electric bills. The new law will stop bad actors from taking advantage of Illinois consumers and help give people the information they need to avoid bad deals.

In closing, we wish to thank former Attorney General Lisa Madigan, who for years worked tirelessly for stronger consumer protections in the electric and gas markets. We look forward to working with the Illinois Commerce Commission and Attorney General Raoul to help enforce these new rules and build a better market for Illinois consumers.

Stop alternative suppliers from automatically renewing a contract from a fixed rate to a variable rate (a rate that changes monthly), and then jacking up the price. The bill would require companies to get a customer signature before those contracts renew.

CUB is celebrating its 35th anniversary as Illinois’ leading nonprofit utility watchdog. Created by the Illinois Legislature, CUB opened its doors in 1984 to represent the interests of residential and small-business utility customers. Since then, it has saved consumers more than $20 billion by helping to block rate hikes and secure refunds. For more information, call CUB’s Consumer Hotline, 1-800-669-5556, or visit its award-winning website, www.CitizensUtilityBoard.org.

Your ticket for the: Good news on a Friday night: General Assembly passes historic consumer protections