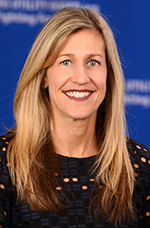 While the pandemic has caused a slow-down in the economy, Regulatory Counsel Eric DeBellis and I have been busier than ever — in fact, our caseload right now stands at 13. These are stressful times, but I know that during a crisis, consumer advocates have to be at our best. After reading a rundown of our major cases, below, please consider supporting our work for lower utility bills and consumer protections. Thanks!

ComEd corruption (No Docket currently)
There is no case before the Illinois Commerce Commission (ICC) currently, but I felt obligated to include this in the memo because of its importance to customers of the state’s largest electric utility. In the wake of federal prosecutors revealing a ComEd bribery scheme to pass favorable rate-hike legislation (see the “Formula Rate Update” below), CUB has been huddling to determine the best way to force the company to pay back customers for its misdeeds. (ComEd paid the government a $200 million fine–but that doesn’t help customers.) This is a battle that will be fought in the courts, before the General Assembly, and most likely the ICC before the year is out.  Stay tuned.

$1.7 Billion Power Bill Hike (formerly FERC Docket No. EL18-178-000):
We’ve been fighting this battle for more than two years. In January, the Federal Energy Regulatory Commission (FERC) revamped the rules of a special electricity market, called the “capacity market,” which covers the power grid’s electricity needs during times of highest demand. Political appointees changed the rules to funnel more money to power plants running on fossil fuels, and that could force ComEd customers to pay up to $1.7 billion more on their electric bills over the next decade. The only option for Illinois is to pass the Clean Energy Jobs Act (CEJA), which would avoid these higher bills by having Illinois manage its own capacity auctions, with rules that support clean, affordable forms of energy instead of bailing out fossil fuels.

Landmark COVID-19 Consumer Protections (ICC Docket No. 20-0309):
CUB helped develop some of the nation’s strongest consumer protections for people struggling to pay their bills during the pandemic and the worst financial crisis since the Great Depression. After months of negotiations, we won an extended moratorium on shut-offs, consumer-friendly payment plans, and a payment assistance program to help people pay off debt. While this gives direct relief to those having difficulty paying their bills, it also benefits all customers. This plan keeps more customers connected to essential utility service, while also reducing uncollectable costs that are included in the rates everyone pays.

ComEd Formula Rate Update (20-0393) and Ameren Formula Rate Update (ICC Docket No. 20-0381):
Under the provisions of a state law passed in 2011, ComEd has filed its annual formula rate update before the ICC: a proposed $13.6 million decrease. Ameren has also filed its annual formula rate update: a $45.3 million decrease. We are participating in these cases and monitoring for any opportunity to win even bigger rate cuts. (Note: We are glad these are decreases, but we have long opposed formula rates because the rate-setting process lacks adequate consumer protections from unfair rate hikes. That’s why we’re fighting to pass the Clean Energy Jobs Act and  eliminate formula rates before the General Assembly.)

Ameren Illinois (gas) Rate Case (ICC Docket No. 20-0308):
In February, Ameren filed a new gas rate case, asking for an increase of about $100 million and an exorbitant 10.5% Return on Equity (ROE) — the profit rate for shareholders. We’re hoping to reduce the increase by about $30 million.

Peoples Gas Rider QIP Reconciliations (ICC Docket No. 17-0137):
We have long said that out-of-control spending by Peoples Gas in its pipe-replacement program could bankrupt Chicago consumers and lead to a widespread heating-affordability crisis. Bryan McDaniel, CUB’s director of governmental affairs, is fighting in Springfield to pass a law that would eliminate the special Qualified Infrastructure Plant (QIP) surcharge that allows Peoples Gas, Ameren Illinois and Nicor Gas to rake in revenue at a much faster pace. At the same time, the legal team is trying to give customers some relief by participating in yearly cost reviews of the Peoples Gas pipe-replacement program. Because mismanagement of the program sparked Illinois Commerce Commission probes, those cost reviews were delayed, so we are currently reviewing 2016 costs. In the past, such reviews have led to millions of dollars in refund packages, and we’re hoping for the same results in this case.

$1 Million Fine: Life Energy Partners (ICC Docket No. 18-1540):
From CUB utility bill clinics, to the halls of the state capitol, to the hearing rooms of the Illinois Commerce Commission, one of CUB’s signature issues has been fighting misleading marketing and rip-offs peddled by alternative energy suppliers in Illinois. The latest ICC numbers show that customers of alternative energy suppliers have now lost more than $1 billion since 2015. Among multiple cases against companies accused of violating marketing rules, CUB is happy to report that we helped secure a $1 million fine against Life Energy Partners. The company, which no longer does business in Illinois, also agreed to give its former Illinois customers up to $34,000 in refunds.

ComEd Petition to Offer Services for Community Solar (ICC Docket No. 19-1211),
Ameren Distributed Generation Rebate (ICC Docket No. 20-0389):
Both of these cases involve Illinois’ solar policy, and CUB is monitoring them to make sure consumer interests are protected as clean energy takes on a more significant role in Illinois. Despite the best efforts of consumer advocates, Illinois is falling far short of its clean energy goals, and we’re fighting for policy improvements in Springfield (the Clean Energy Jobs Act) with the goal of 100 percent clean energy by 2030 and 100 percent renewable energy by 2050.

Your ticket for the: Memo from Julie Soderna, CUB General Counsel