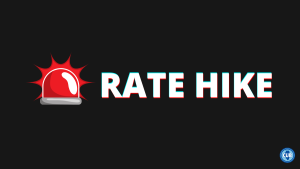 Illinois consumers know how important this fight is–with the rising cost of living due to inflation, many of them face hard decisions. Nearly 34% of American households reduced or skipped basic expenses to pay their utility bills, according to a recent study by Lending Tree.

“This is an unprecedented rate-hike barrage by Illinois’ major utilities, but we’re not giving up,” CUB Executive Director David Kolata said. “We will challenge each of these rate hikes, expose excessive profit rates and do whatever we can to reduce these increases as much as possible.”

Here’s a summary of the rate-hike cases:

Rate-hike request: $1.47 billion over four years. Under the request, ComEd would raise electric delivery rates by a record $894 million in the first year alone, which would be ComEd’s highest one-year increase ever. After that, rates would increase by an average of $198 million annually from 2024 through 2027. (ComEd received a $199 million electric rate hike on Jan. 1, 2023.)

What CUB says: “CUB will do a thorough review, but it’s immediately clear that the utility giant wants an excessive profit rate for shareholders,” CUB said in a statement, “Making strategically smart, consumer-friendly grid improvements can help save customers money in the long run, but that shouldn’t mean ComEd gets an excessive profit rate for shareholders.”

What CUB says: We will review Ameren’s proposal carefully, but at first glance it is clear that the company is asking for an excessive 10.5 percent profit rate for its shareholders. Smart, cost-efficient utility investments in the power grid can help advance affordable clean energy and save money for customers in the long run, but too often utilities like Ameren want a blank check. CUB will do a thorough review of Ameren’s rate cases, and we will challenge every penny the company can’t justify.

How it will impact consumers:

How it will impact consumers: $9.28 a month, on average

What CUB says: “Nicor Gas customers have seen their delivery rates increase by about 77 percent, or more than $500 million, in the last five years,” CUB said in a statement. “Now, Nicor–whose parent company rakes in billions of dollars in profits–is back at the table asking for another record rate hike from its customers.”

How it will impact consumers: In a public notice, Ameren said a residential customer using about 745 therms a year, or about 62 therms monthly, would pay an extra $6.68 a month.

All of these rate-hike requests will be ruled on by the Illinois Commerce Commission (ICC) after 11-month rate cases, and they will impact rates next January. “The ICC faces a big job in getting its rate review process right. But failure to do so is not an option,” the Chicago Sun-Times said in an editorial.

If you’re having trouble affording your utility bills, please reach out for assistance. Contact your utility to find out about assistance programs and payment plans available. Consumers can apply for Low Income Home Energy Assistance Program (LIHEAP) with their local community action agency, more information is available by calling 1-877-411-9276.

Visit the CUB Help Center and our Financial Resources page for more information and efficiency tips.

Your ticket for the: ‘Rate-hike barrage’: Illinois utilities launch unprecedented campaign to raise rates by a combined total of $2.8 billion