Electricity updates: The good, the bad, and the ugly

The last 24 hours have been a whirlwind of electricity-related developments.  We’ve got some good news and bad news for Illinois consumers. 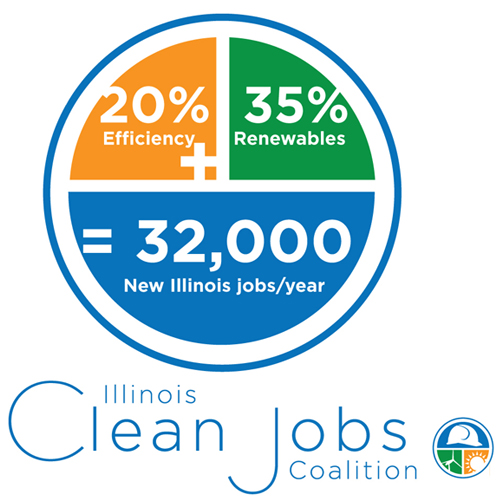 First, the good. We’ve been saying for years that efficiency pays— and now we have the proof.  A CUB analysis released this morning shows that the Illinois Clean Jobs bill would lead to $1.6 billion in residential savings by 2030.  That’s an average bill reduction of 7.58% and an average residential savings of $98.36  per year going forward! (Send a message of support to legislators here.)

The bill, introduced in February, would require ComEd and Ameren to use energy efficiency programs to reduce electricity demand by 20 percent over the next 10 years.  It would also mandate 35 percent of energy come from cleaner, less costly renewable sources, like solar and wind, by 2030. (The current standard is 25 percent.)  The proposal is the only legislation up for discussion in Springfield that would reduce harmful pollution, create tens of thousands of jobs per year, and save consumers billions, once implemented.

But that wasn’t the only uplifting news yesterday.  ComEd surprised us by announcing a $50 million electricity delivery rate reduction in 2016.

Crain’s Chicago Business also reported that the company’s power price will drop by about 5 percent— or about $2— on June 1 due to lower energy costs.  Once the new delivery rate takes effect in January 2016, customers should see bills fall about another dollar, cutting the average monthly household electric bill to about $87.

We’re happy to hear this news, but still concerned about what Exelon (ComEd’s parent company) has up its sleeve: proposed legislation that could cost ComEd and Ameren customers an estimated $300 million a year. (Send a message to legislators here.)

And now, the ugly.  Storms lie ahead for Ameren Illinois customers, who can expect to see electricity prices go through the roof June 1 due to a ninefold increase in capacity costs—what consumers pay to ensure power plants are available to deliver electricity on the highest-demand days of the year.  The average household can expect to see electric bills rise by as much as $150 annually because of the change, according to Crain’s.

Customers on fixed-rate plans with alternative suppliers, for now, won’t be affected by the change. But look out if you’re on a variable rate plan, or if your fixed-rate contract is up for renewal.

To receive more updates on the utility-related news most important to you, sign up for CUB Action Network and stay tuned to CUB’s WatchBlog.

Your ticket for the: Electricity updates: The good, the bad, and the ugly

Electricity updates: The good, the bad, and the ugly