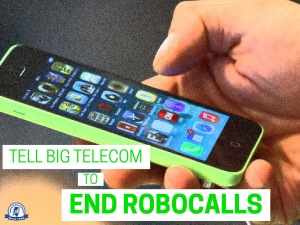 We’re all annoyed by these calls, but they’re more than just a nuisance. Consumers Union estimates that scam artists use robocalls to help them rob people of $350 million a year.

After years of foot-dragging, maybe the industry is finally ready to take substantive action. In response to Wheeler, AT&T CEO Randall Stephenson announced he would lead a “strike force” against robocalling. Wheeler urged other phone companies to get involved and produce a plan to combat robocalls in 60 days.

Your ticket for the: Act now! Fight irritating, illegal robocalls